In Camagüey the day of rural woman is celebrated 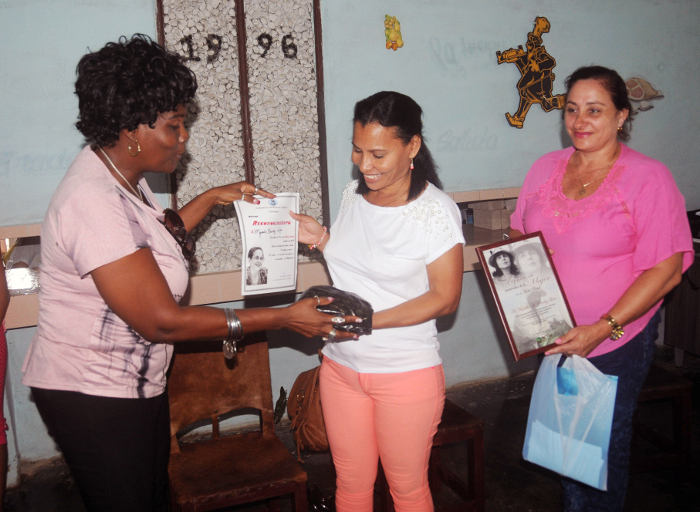 Camagüey, Oct 13. -The agricultural company Camagüey was the scenario of the celebration of the territory for the world rural woman's day, in recognition of the favorable productive and economic results, derived from the work that women develop in the production of food.

At the commemoration, Anielka Fernandez del Monte, secretary general of the Federation of Cuban Women (FMC) in the province highlighted that currently more than five thousand  Camagüey woman integrate the brigades FMC-ANAP and daily play a key role in the production of various crops and livestock in order to ensure food safety and sovereignty.

He noted that violence, discrimination, marginalization and exclusion are facts that happen daily in the agrarian context of several countries, while in Cuba, since the revolutionary triumph of 1959, the legal and social status of the women was recognized.

Odalis Marrero Vallina, president of the territorial branch of the Cuban Association of Agricultural and Forestry Technicians, added that today steps have been taken in the incorporation of women to various forms of production, they have the right to acquire the property on the land and access to essential services such as credits, agricultural inputs, training and education.

During the meeting, the prize for the creativity of women in the rural environment was awarded to Migdalia Benítez León, from the Agricultural Company Camagüey, for its contribution to agricultural and forestry development and to apply agro-ecological techniques in harmony with the environment.

The Camagüey farmer women ratified their commitment to boost local development from the furrow, in order to contribute to the substitution of imports, and to continue responding to the call of the historical leader of the Cuban revolution, Fidel Castro, in 1992, on the effects of globalization and the negative impact of climate change in this sector.(Maykel Torres la Rosa/ Radio Cadena Agramonte.) (Photo: Orlando Durán Hernández /Adelante.)