Cuba for second victory in U23 Pan American Volleyball Cup 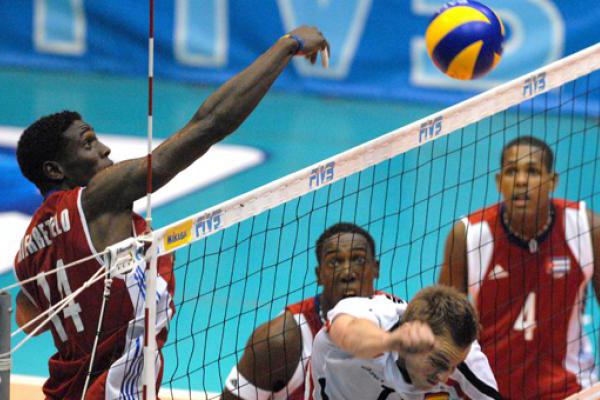 HAVANA, Cuba, Oct 16. -Cuba will try to achieve its second win in the Men´s U23 Pan American Volleyball Cup, staged in Guatemala, when facing Peru.

Today’s program is completed with the match between Guatemala and Mexico, the latter in its debut.

Against Nicaragua, Cuban Miguel Lopez was the top scorer of the match with 13 points, followed by Osniel Melgarejo (9), while Nicaragua´s best players were Jonny Zeledon and Denis Garcia, both with six units.

Cuba came out on top with superiority in every skill; they finished with huge 42-23 advantage in attacks and 10-0 in blocks and also prevailed 4-1 in aces, although they made 20 errors and Nicaragua one less (19).

It will be a round-robin tournament with the medals discussion on Saturday, when the third and fourth seats will fight for the bronze and the two best sides will face each other for title.

In the previous edition of 2016, based in Mexico, the medalists were Argentina (gold), Cuba (silver) and Chile (bronze), while in 2014, in Cuba, the locals got the crown, escorted by Mexicans and Dominicans, in that order, and in 2012, in Canada, the title went to Brazil, followed by Argentina and the DR, in that order.