Cuba and Lithuania strengthen their relations 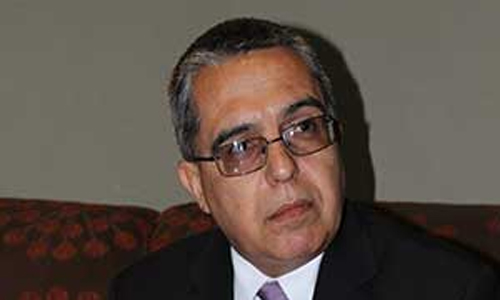 Havana, May 22.- The First Vice-Minister of Foreign Affairs of Cuba, Marcelino Medina González, and the Vice-Minister of Foreign Affairs of Lithuania, Neris Germanas, presided over the first official Interchancellery talks that are held between the two countries, within the framework of the working visit carried out by the Cuban diplomat to this nation.

A note from the Ministry of Foreign Affairs of Cuba informs that the meeting took place in a cordial atmosphere, and both parties highlighted the positive bilateral ties that Lithuania and Cuba have maintained since the establishment of their diplomatic relations, which have been developed on the basis of mutual respect.

They also expressed their willingness to work together to strengthen bilateral dialogue, recognizing that both nations share common views on different issues on the international agenda.

The Cuban diplomat stated that he acknowledged Lithuania's support for the resolution calling for an end to the economic, commercial and financial blockade of the United States against Cuba and highlighted the positive development of relations with the European Union during the first year of implementation of the Political Dialogue and Cooperation Agreement.

The visit of the First Deputy Minister of Foreign Affairs of Cuba to Lithuania, the first one to this country, constitutes an expression of the reciprocal interest of both nations in strengthening bilateral ties. (ACN)