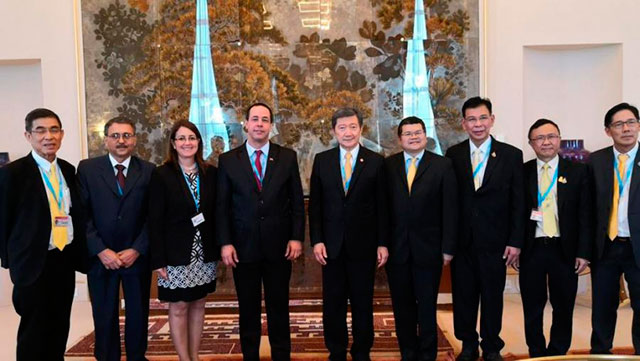 Havana, May 23.- On the third day of the 72nd World Health Assembly, Dr. Carissa Etienne, Director of the Pan American Health Organization (PAHO), received the Minister of Public Health of Cuba, Dr. José Ángel Portal Miranda, and the delegation that accompanies him to this conclave that takes place in the Swiss city of Geneva until the next 28.

The exchange between PAHO and Cuba served to review the progress of the cooperation strategy signed between the two, which facilitates important collaborative actions in core issues of the health system, as reported by the Ministry of Foreign Affairs.

The dialogue confirmed the coincidence of priorities between the Organization and the Cuban health system on issues such as attention to population aging, maternal and child health, noncommunicable diseases, among others.

During the friendly conversation, Dr. Etienne once again recognized Cuba's contribution to health in the Americas region. (ACN)