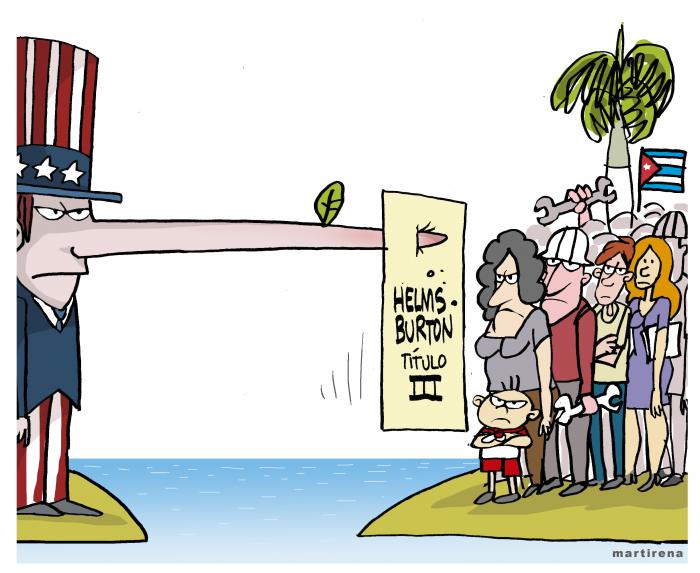 Since 1996, the Helms-Burton Act codifies the blockade against Cuba and strengthens its international scope. That was on 12 March 1996, when the US President William Clinton signedthe Public Act No. 104-114, “Cuban Liberty and Democratic Solidarity (LIBERTAD) Act of 1996”, commonly known as the Helms-Burton Act because of the names of their Republican sponsors North Carolina Senator Jesse Helms and Indiana Representative Dan Burton.

For that reason the Helms-Burton Act constitutes a direct attack on Cuba’s sovereignty and on its political and economic system, and it is composed of four Titles.

The Helms-Burton Act intends to nationalize the blockade by means of coercive measures against third countries, in order to interrupt their investment and trade relations with Cuba and to submit those sovereign States to the will of the United States. This act intends to cancel the sovereign rights of a country to nationalize and expropriate foreign and national assets.

Those intentions trace a continuous line through the various instruments and mechanisms used by the US for this aim during 12 different administrations. The Torricelli Act of 1992 and the 2004 Bush Plan are irrefutable demonstrations of that.