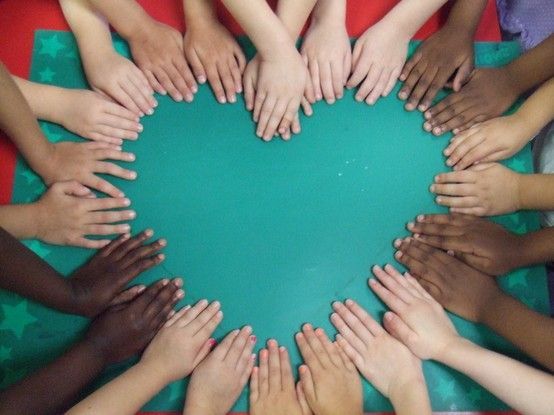 It was the beginning of the colonization of America, which introduced in this side of the world the customs, traditions, fashions and religion from Europe, imposed to the still primitive men in these lands.

Even though centuries have gone by since that day, it remains a part of the history of mankind whose traces persist.

A few months ago a post went viral on Facebook: the release of the Disney anime version The Little Mermaid, with real actors. But many of those who reacted to that post did it with a fun emoji, knowing that the actress who would play Ariel would be Halle Bailey.

"A black mermaid," exclaimed many; not out of surprise surprise, but in a mocking tone. It was inconceivable that the daughter of the King of the sea, who becomes human to gain the love of a prince, was not white skinned, with red and straight hair. Anyway, curly hair and dark skin in the young actress were so odd to The Little Mermaid, that to some the film looked  more like comedy.

Many will say: in the history of animated cinema there are young black protagonists. And yes, Princess Tiana, for example, from The Princess and the Frog; just notice how most of the characters are same skin colored, making us believe think of an African film, or at least one that has ben produced there. In addition, Tiana´s traits are those of a European woman, to meet, at least, with the American beauty pattern .

And it's not just Tiana; there are also Moana and Pocahontas. Although they are Disney live-action, these stories are free from racial discrimination.

Eliminating racism, beyond the laws, is difficult, and obviously it cannot be a straitjacket to insertion of racialy diverse characters to promote equality; but artistic creation for children should be more committed in this regard, because reality is that we are teaching children to discriminate from an early age.Kids become witnesses and victims of racist and xenophobic behaviors, which will eventually influence their social relationships.

How to avoid, then, that hastag of #NotMyAriel in social networks? Aren't the talent and rights of Halle Bailey worthwhile, appreciated by director Rob Marshall?

It is Ariel's voice that gives meaning to The Little Mermaid. It does not matter, then, what color is her skin or hair.

Due to social networks pressure, which consciously or not ended up being a tremendous racist campaign, Halle resigned her role.

And although they say that a withdrawal in time is a victory, I believe it is a great defeat, and a shame to regret.

Now there will be another Little Mermaid, who is neither red-haired nor  blue-eyed, but adapts better to the demands of some audiences: actress Auli'ICravalho, who played Moana's voice in 2016 and who will also play Ariel in a live televised musical.

While we wait for the premiere, prejudiced users will continue to react with a fun or angry emoji at similar situations on the Internet, where, apparently, they are now casting to choose the next princesses of the 21st century.

I, perhaps, am too optimistic, but hopefully the next generation - my children and theirs - see in the characters only characters that motivate the audience for their talent and character, no matter the color of their skin. (Photo: Internet)