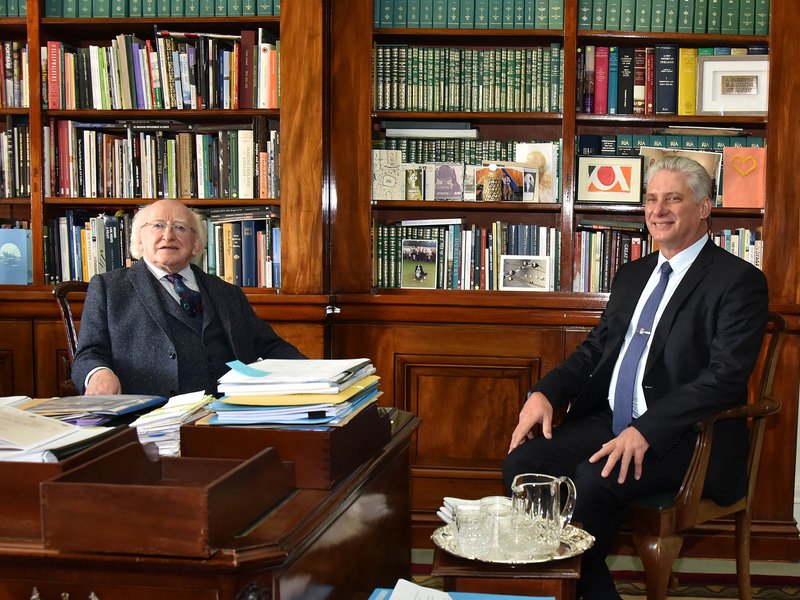 After the protocol of rigor and the review of the troops formed in honor of the visitor, both dignitaries began talks in which they evaluated the current state of bilateral relations and exchanged on issues of mutual interest and the international agenda.

This Monday, Diaz-Canel will also make a courtesy visit to Prime Minister Leo Varadkar, take a tour of the former Kilmainham prison, and meet with Cubans living in that country and Irish in solidarity with Cuba.

Ireland is the first nation on the Cuban president's current international tour, which includes Belarus, Russia, and Azerbaijan. (RHC)