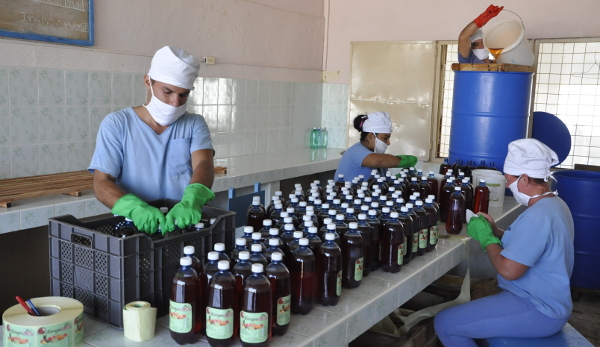 Camagüey, Dec. 4 - The productive chain between several entities and the increase of offers to the population, constitute some of the benefits of local development projects that are promoted in Camagüey.

According to a recent analysis of the Council of the Provincial Administration, these have not made the right progress according to each municipality´s potential, although there is a better prospect compared to previous years.

In the province, 14 of these initiatives are currently being executed, three of them in the municipality of Nuevitas and the rest in the capital city, which have accounted more than 198 thousand Cuban convertible pesos; which are reversed in works of social and economic interest and in the improvement of the projects themselves.

The specialists highlight the actions that are being taken by small industries such as Renacer, Tínima and La Unión, belonging to the Camagüey Agricultural Company, and that generate productive chains with the Meat and Poultry companies, to enhance the territorial supply and delivery of assortments to the Tourism sector.

For the province, it is a current priority to increase local development projects, of great importance in a context in which the autonomy of municipal governments is encouraged. (Juan Mendoza Medina / Radio Cadena Agramonte) (Photo: Archive)