Lula confirms the will to fight for the Brazilian people 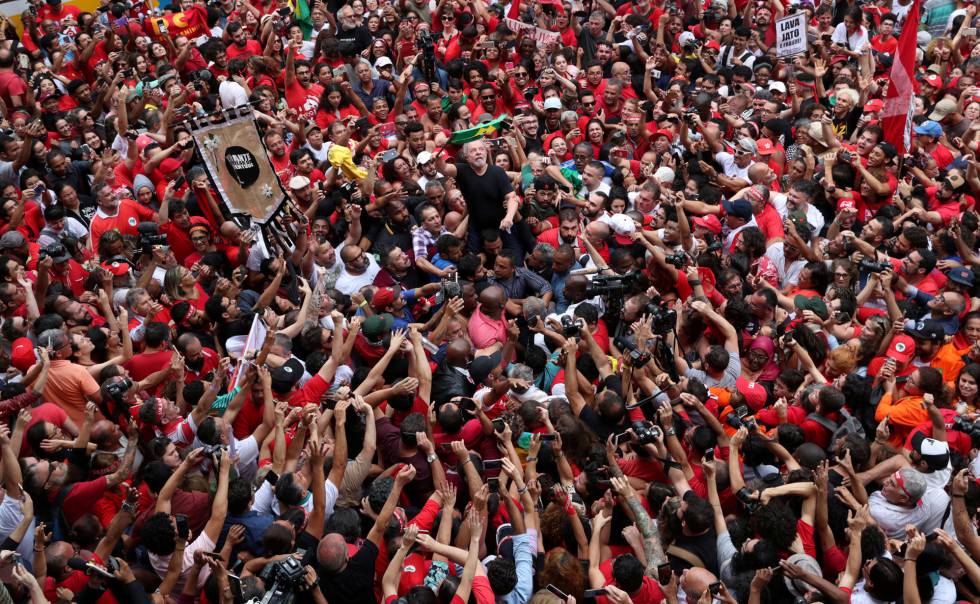 Brasilia, Dec. 7 - Former President Luiz Inacio Lula da Silva said in Rio de Janeiro that he is in the fight to recover Brazil for the Brazilian people.

After thanking his stay in the city of Paraty, on the south coast of Rio, he said Friday that Brazil was much happier in the governments of the Workers Party (PT).

Lula da Silva said, "It has already shown that Brazil can be much better than it is."

He said that he is in the fight to recover Brazil for the people and that battle is necessary in order to "have the right to smile in this country."

He insisted that there is no more meaning in his life than to disarm the scandal they have made against his Government (2003-2011) and that of ex-president Dilma Rousseff (2011-2016).

Lula denounced the media on Wednesday for the minimum coverage they offered for his acquittal in the case of alleged criminal organization in the public administration, which also involved Rousseff.

"When you get the sentence of innocence: 51 seconds," said the former labor leader in reference to the almost null coverage that the news journal Jornal gave him (JN) after the verdict that acquitted him of the charges against him.

Through his account on the social network Twitter, he warned that various media deployed media efforts not to convey the news of his acquittal in the so-called Cuatrillón PT case about alleged criminal organization in the public administration.

"In front of an impartial judge, today we have the summary acquittal of @LulaOficial," wrote on the occasion on Twitter the lawyer Cristiano Zanin, who is part of the defense of the former unionist.

He said that the magistrate of Brasilia indicated the "attempt to criminalize political activity" for the wrong accusation known as Cuatrillón, "which is part of the lawfare (legal war) against @LulaOficial."

The accusation offered to the Supreme Federal Court has been dragging since 2017 by the then attorney general Rodrigo Janot against former presidents Lula and Rousseff, and former ministers Antonio Palocci and Guido Mantega.

Such complaint was based on a supposed criminal organization in schemes of the state-owned company Petrobras, the National Bank for Economic and Social Development (BNDES) and other sectors of public administration, which became known as Cuatrillón PT.

The former president was released on November 8, after serving 580 days in political prison. (PL) (Photo: TeleSUR)