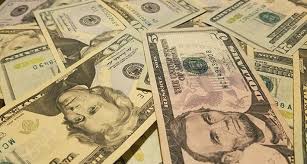 HAVANA, Cuba, Dec. 14- Salvador Valdes Mesa, 1st Vice President of Cuba, analyzed by videoconference with directives of the provincial and municipal administration councils of the country, among other issues, the insurance plan to celebrate the 61st anniversary of the triumph of the Revolution.

He suggested focusing efforts on the search for all possible options that would allow, first, to increase foreign exchange earnings and, second, to allocate available resources to those productions that the country does not have the capacity to produce.

"And the most possible way is to produce goods and services for export and import substitution," he stressed.

The working session was attended by Esteban Lazo, president of the National Assembly of People's Power (ANPP) and the Council of State, and the vice presidents of the Council of Ministers, Commander of the Revolution Ramiro Valdes Menendez and Roberto Morales Ojeda.

They were also updated on the measures to be implemented to reduce expenses and increase income to the budget, as well as strategies to contribute to the fulfillment of the retail circulation plan.

The current situation requires savings, strict control of fuel, efficiency in investments, expansion of foreign investment and doing it well, development of productive chains and, above all, good government management based on sensitivity, ties with the community, collective work, criticism of what has been done badly, "without forgetting that we are public officials and we all owe to the people," Valdes Mesa added.

He also called attention to the municipal self-sufficiency program, undertaken for more than two years, and that by 2020, despite setbacks with fuel and other goods, aims to reach 30 pounds per capita among food, vegetables, fruits and grains.

Regarding the behavior of the cold campaign, he explained that it is decisive not to face shortages early next year.

In his opinion, it is essential to use all means, beyond agricultural machinery, that is, all planting technologies, including the most traditional ones; to take into account the producers' experiences, the potential of seeds, as well as bioproducts and organic fertilizers, and to generalize and maintain the saving measures implemented in recent days.

For her part, the head of Finance and Prices, Meisi Bolaños, proposed that for next year, restrictions will be maintained regarding the current expenses of the budgeted and non-budgeted activity and material investments will be supported prioritizing the housing program, as well as the education and health sectors.

"Saving is the premise of doing the same or more, without affecting quality, with less or equal financing. It is a matter of watching over the rational use of the budget, reducing expenses and increasing income. We have no other alternative, ¨the Cuban VP said. (ACN)