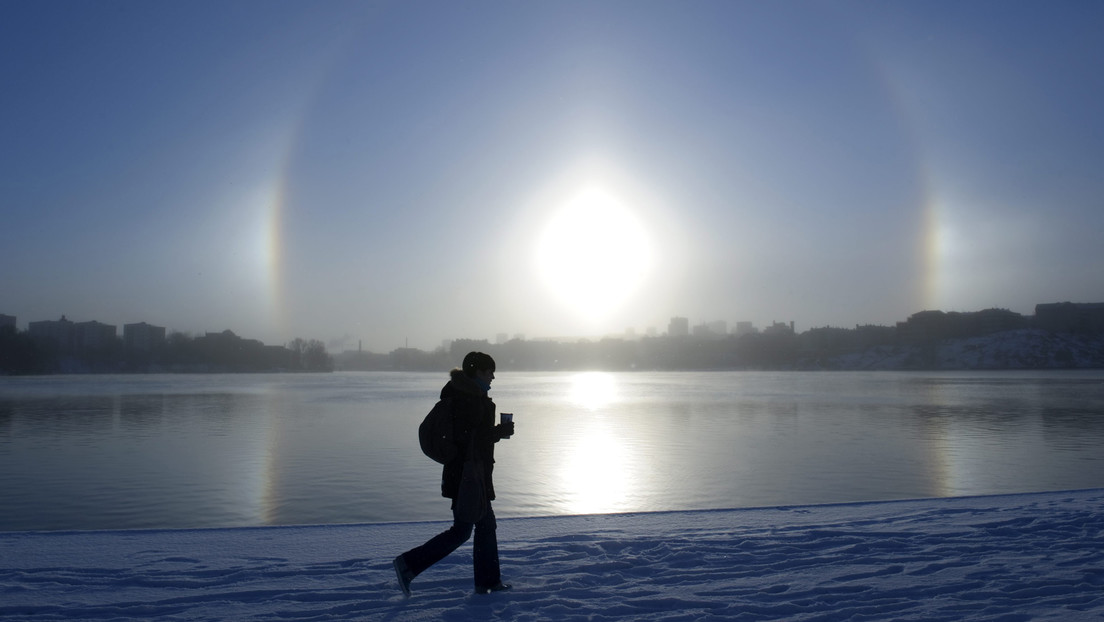 On the morning of the last day of 2019, the residents of Fuyu city, Jilin province, in northeast China, a spectacular view of three “suns”, a natural optical phenomenon known as “parhelio”, also commonly called “solar dog".

For about 20 minutes, around 8:00 (local time) the two "ghost suns" seemed relatively larger than the middle one. A video obtained by Chinese media captured the two bright orbs on both sides of the true Sun.

The atmospheric phenomenon is generated as a result of the refraction of light through ice crystals and is produced thanks to a complex combination of weather conditions: low temperatures, atmospheric stability, presence of clouds, and abundance of water vapor in the air and ice crystals in specific angles. (Taken from https://actualidad.rt.com)