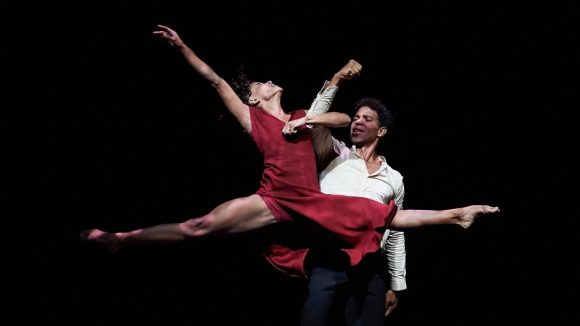 Havana, Jan. 8 - Acosta Danza, with the performance and general direction by Carlos Acosta, debuted successfully at the Municipal Theater of Las Condes, in Chile.

The arena was filled with an audience that applauded the Cuban company, which participates as a guest at the Santiago a Mil International Performing Arts Festival, said Lester Vila, press director of the largest dance group in Cuba.

In his first presentations, Acosta Danza offered a program with the pieces Around there is nothing and Imponderable, by Goyo Montero; Fauno and Mermaid, by Sidi Larbi Cherkaoui, and Ten, by Jorge Crecis.

The performances at the Municipal Theater of Las Condes were January 3, 4 and 5. On Saturday 4 in the afternoon, Carlos Acosta, teachers and dancers of the company held a meeting with the audience, dancers, and Chilean dance teachers.

The arrival of the Cuban dancer and his company in the capital of the South American country has been warmly welcomed in Santiago´s dance scenario.

Many ballet lovers in the country have given admiration shows to Acosta, and remember his performance with Municipal Theater the ballet, in the early 90s of the last century. (ACN) (Photo: Archive / Cubadebate)