Neonatology Service in Camagüey among the best in Cuba 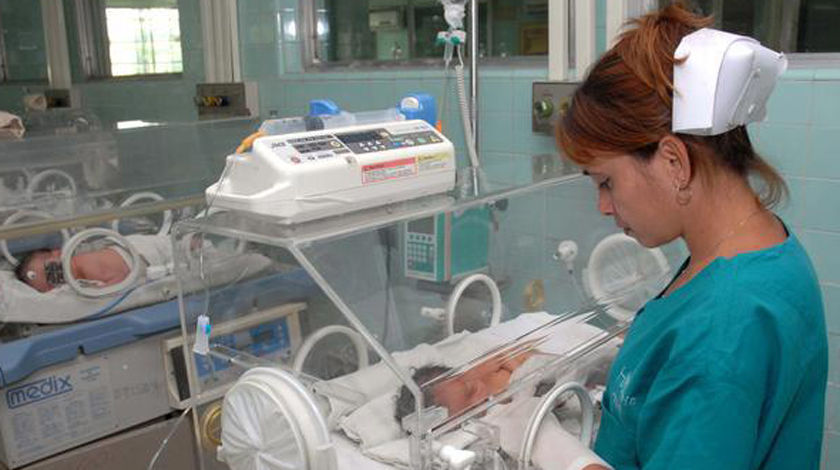 Camagüey, Feb. 11 - At the end of the previous year, the Neonatology service of the Ana Betancourt de Mora Gynecological Obstetric Hospital, in this city, had a 99.9% survival rate of the more than two thousand newborns who received medical care in that room , located among the three best in Cuba.

As a complement to the work carried out in 2019 by the specialists of that service and that of Perinatology - the latter where special care is provided to mothers with complications around childbirth or in the first 42 days of the puerperium -, the institution maintained for the fourth year consecutive a child mortality rate below two.

This confirmed the ACN Sigfrido Valdés Dacal, director of the Hospital, who argued that in the calendar there were no deaths of children with a critical weight, of the 16 reported with less than 1,500 grams.

The fulfillment of the indicators supports the results obtained during the period, from the use of non-invasive ventilation, neuroprotection and the performance of peritoneal dialysis in newborns, the latter places the institution at the forefront in the country, Adrianyi Pacheco Martínez, head of the Neonatology service confirmed.

Just over 160 children were ventilated during the year, achieving a 95.6% survival rate in these cases, and there were also minimum figures in mortality from intraventricular hemorrhage and hyaline membrane, or neonatal respiratory distress syndrome, caused by the lack of maturity of the lungs.

However, the most frequent complication was in delayed intrauterine growth, when the baby does not reach normal weight during pregnancy, due to several factors, among which are the mother's diseases, such as diabetes, hypertension and malnutrition, either by default or excess, explained Pacheco Martínez.

In addition to the overlapping with the professionals working in the perinatal special care room, the interrelation achieved with the specialists of the Eduardo Agramonte Piña Pediatric Hospital, and the joint work with the direction of the Maternal and Child Care Program in the province has been important, he said.

Considered the best of its kind in Cuba, the Perinatology service of the Ana Betancourt Hospital did not record in 2019 the death of any of the children, whose parents with high-risk pregnancy were treated there during the gestation period. (Text and Photo: ACN)