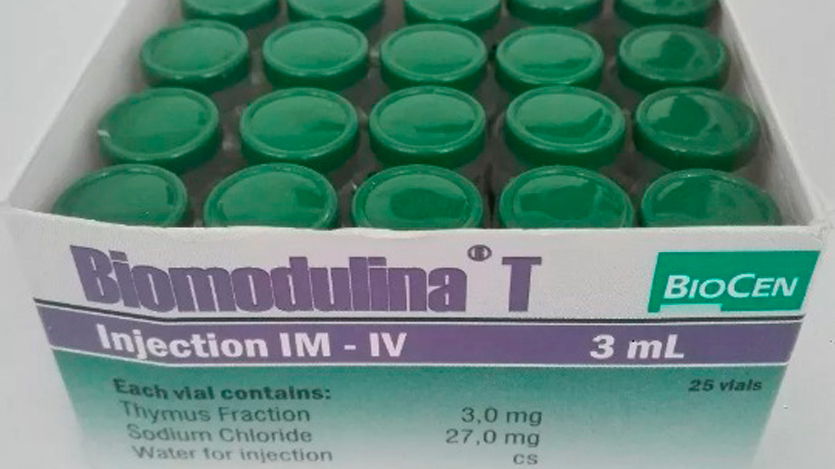 The application of Biomodulin T, a Cuban drug used prophylactically in the fight against Covid-19, is already applied in five of the 15 nursing homes in the province of Camagüey.

The drug began to be administered in the two social centers in Florida and in the three in Camagüey, municipalities in which the greatest number of cases positive for SARS-Cov-2 is reported in the territory.

In these institutions the fourth week of the six determined in the administration scheme of this immune system stimulator is completed, a preparation used in the treatment of respiratory infections with a repetition in the elderly.

The second degree specialist in Comprehensive General Medicine Jesús Regueira Naranjo, head of the Section for the Elderly, Social Assistance and Mental Health of the Directorate of the sector in the territory, evaluated in the Cuban News Agency that in nine other facilities will begin to  since this week.

He specified that the entry of more product is expected to favor residents in the home of the municipality of Santa Cruz del Sur.

At the moment, Biomodulin T is provided only to those over 60, always with the prior consent of being mentally fit, while the authorization of the required family member or guardian is requested to do it to those who do not  we are, he specified.

The biological immunomodulator of natural origin, not blood derived, is administered intramuscularly and intravenously, and has wide possibilities of use in immunodeficiencies or immunopathologies, and in autoimmune conditions, according to a study recently published by the ACN. (ACN) (Photo: File)