Cuban FM denounced US lies and manipulations of history 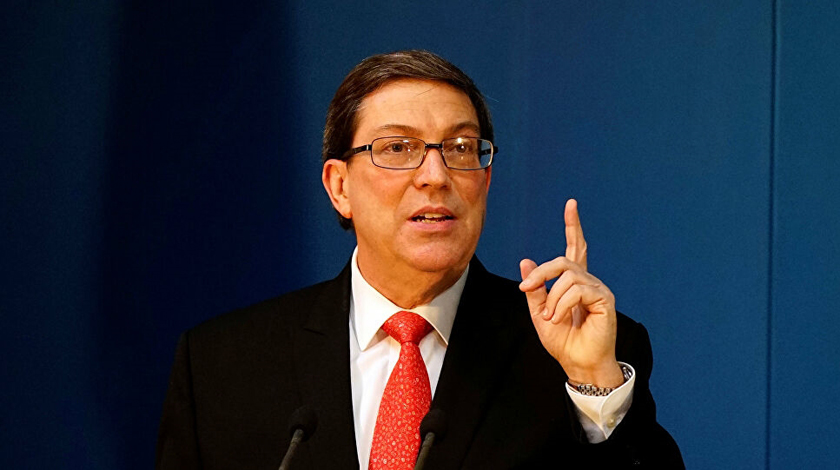 Havana, May 21.- Cuban Foreign Minister Bruno Rodríguez Parrilla today described the message of the North American Secretary of State Mike Pompeo as a lie, about the celebration in Cuba of the events of May 20 when the Republic was established in Cuba.

In his Twitter profile, the head of Cuban diplomacy ruled that Cubans do not commemorate this date, only remembered by anti-Cuban groups that, from South Florida and with broad support from the White House, still maintain annexationist and dominance over country.

"The Secretary of State lies. We Cubans do not celebrate May 20. It is a festive date only for those who keep claims of imperialist domination over #Cuba. Review history ", Rodríguez Parrilla tweeted.

In his message, Pompeo calls for unity and a prosperous future for families, a premise totally opposed to the hostile policy of the White House against Havana, intensified with the activation of Title III of the Helms-Burton law last year, thus as the constant prohibitions to the tourist and academic exchange between both towns.

In this regard, on the social network itself, Rodrigo Malmierca, Cuban head of Foreign Trade and Foreign Investment, called Pompeo's statement to the Cuban people of historical and political manipulation.

On May 20, 1902, the Republic was established on the Island, after the Yankee intervention in the Spanish-Cuban War for independence, which brought half a century of dependency and exploitation of the Cuban people by the governments in power. (Text and Photo: ACN)