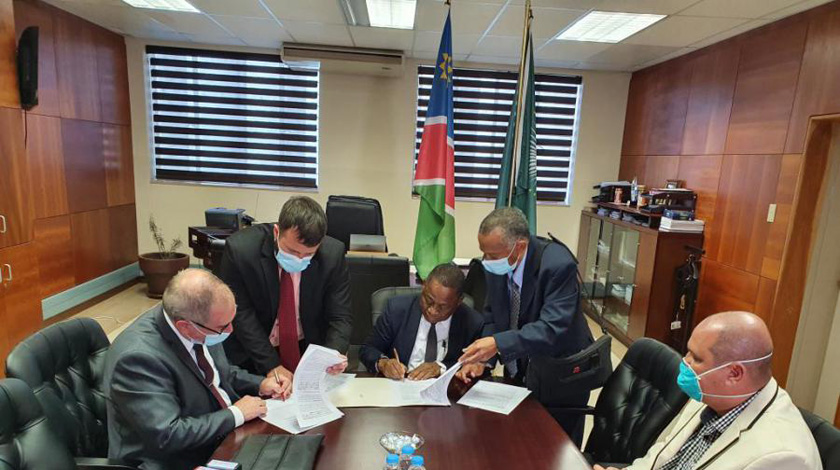 Havana, May 23.- The governments of Namibia and Cuba signed an agreement this Friday to strengthen cooperation in the ​​Health sector, on the occasion of the celebrations for Africa Day, on May 25.

Sidenio Acosta, Cuban ambassador to the African nation, signed the agreement on behalf of the head of the Cuban Ministry of Public Health, José Ángel Portal, while on the Namibian side the document was signed by the Minister of Health and Social Services, Kalumbi Shangula.

The representatives of both countries highlighted the cooperation in this sector, developed officially for 30 years, after the independence of Namibia, Cubaminrex publishes.

However, they agreed that, since the liberation struggle, SWAPO and Cuban internationalist forces in Angola had already cooperated in the field of Health.

This new agreement strengthens the historic ties of friendship and cooperation that unite the peoples and governments of the two nations.

Likewise, it strengthens the ties between Cuba and the African continent, when 53 years of the foundation of the Organization for African Unity, currently the African Union, are celebrated. (Text and Photo: ACN)