About foreign penetration, cultural war and other questions ... (Part I) 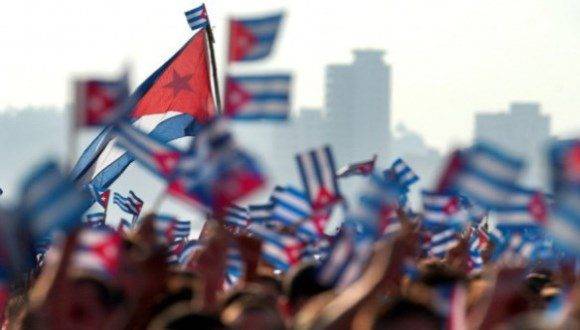 There is nothing more necessary in these times than defending what is ours, what identifies us as Cubans. The other day, on my way home, I noticed two young men in a smart soccer game, both wearing shorts that carried the Brazilian and American flags, respectively.

I am not against our people respecting and admiring the symbols of neighboring nations, but many times behind these “fashions” with apparent naiveté, subliminal languages ​​are hidden that incite ideological diversion, the abandonment of the indigenous, and the progressive detachment for the homeland.

The use of foreign symbols constitutes an indispensable tool in the cultural war that is daily programmed by the enemies of the Cuban Revolution and on several occasions the influence of these campaigns is validated, especially in the new generations.

Elier Ramírez Cañedo, a prominent young Cuban historian, in his article entitled: Why is there talk of a cultural war? dated April 18, 2017, and published in the Granma newspaper, asserts that “the cultural war is one that promotes the Cultural imperialism, especially the United States as the leading power of the capitalist system, for human domination in the affective and cognitive fields, with the intention of imposing its values ​​on certain groups and nations.”

Ramírez Cañedo adds that “it is a concept that, understood as a system, integrates or is related to elements of other terms that have been of greater use such as political warfare, psychological warfare, fourth generation warfare, smart power, soft coup, unconventional warfare and ideological political subversion”.

Then, based on the opinion of this expert, it can be expressed that the orchestrated pseudo-cultural invasion led by the United States, like any other imperial nation, seeks to “sweeten” with its attractive proposals the nullity of the island's own social imaginary, oblivion of our traditions, history, and dignity as a country.

A Yankee flag in a rickshaw, a towel with the Colombian flag to use on the beach, certain banal foreign music permeated with obscene messages and inconsistent with revolutionary principles, the consumption of audiovisuals with content foreign to Latin American reality, as well as seductive commercials and advertisements on the Internet, to name a few examples; They are red alert signals to become aware of the great pseudo-cultural avalanche that threatens our ideals and incites us to violence.

It is also valid to warn that one of the areas most exploited by the counterrevolutionaries to attract us to the imperial yoke, is the affective-cognitive, so that the figures of the "international show business", the clothing brands, the commercial suggestions on various Facebook pages; they are a hook that, little by little, attracts towards the loss of our idiosyncrasy.

The President of the Republic of Cuba, Miguel Díaz-Canel Bermúdez, on several occasions has expressed that the cultural war against the Island, today more than ever, aims to annihilate thought and crown forgetfulness, in the face of a crisis that degrades the human being and makes it a slave to an eminently harmful scenario of international coexistence, under the domination of capitalism, which strips people of their identities, cultures, and values.

Our Camagüey does not escape this bloody pseudo cultural panorama, for which reason the governmental authorities in the province, together with the educational, cultural and political institutions, draw up strategies to guide the population around the construction of a society according to this process. social, where the attachment to the best national traditions of the prince city is rescued.

Literary debates, meetings with renowned local and country intellectuals, attractive cinematographic proposals, and the constant actions of the Hermanos Saíz Association (AHS) and the National Union of Writers and Artists of Cuba (UNEAC) in the territory, among other organizations, are as main tasks to undertake as a forceful counterpart to the foreign invasion of the banal and the superficial. (Photo: File)