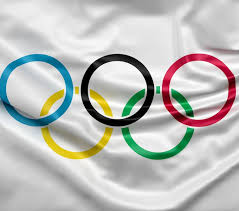 Havana, Jul 27.- Waiting for other classifieds and taking into account the recently announced schedule and the athletes and disciplines with secure tickets, taekwondo and shooting could bring the first medal for Cuba at the Tokyo 2020 Olympic Games, postponed for 2021 by Covid-19.

The truth is that the new coronavirus continues to threaten a possible suspension of the multisport event, now from July 23 to August 8, pending a worldwide improvement in the pandemic and a vaccine, which could allow the desired to be fulfilled. by the Organizing Committee and the International Olympic Committee.

The athletes will take action on July 24, the day after the official inauguration, although from before, on the 21 and 22, they will compete in soccer, softball and.

Judo will also compete on the 24th, so far with six men and women in the classification zone for the ranking of the 14 divisions, artistic gymnastics, road cycling, beach volleyball and boxing.

Later in the Games, athletics will appear on July 30, wrestling, on August 1, canoeing, two, pentathlon, six.

Other sports will continue their actions in search of Olympic quotas, among them rowing and weightlifting, which will begin on the 23rd and 31st, respectively.

Recently, Ariel Sainz, vice president of the National Institute of Sports, Physical Education and Recreation (Inder), reported that the Cuban Olympic delegation must be made up of 80 athletes, a figure that can exceed a hundred, if baseball achieves the classification.