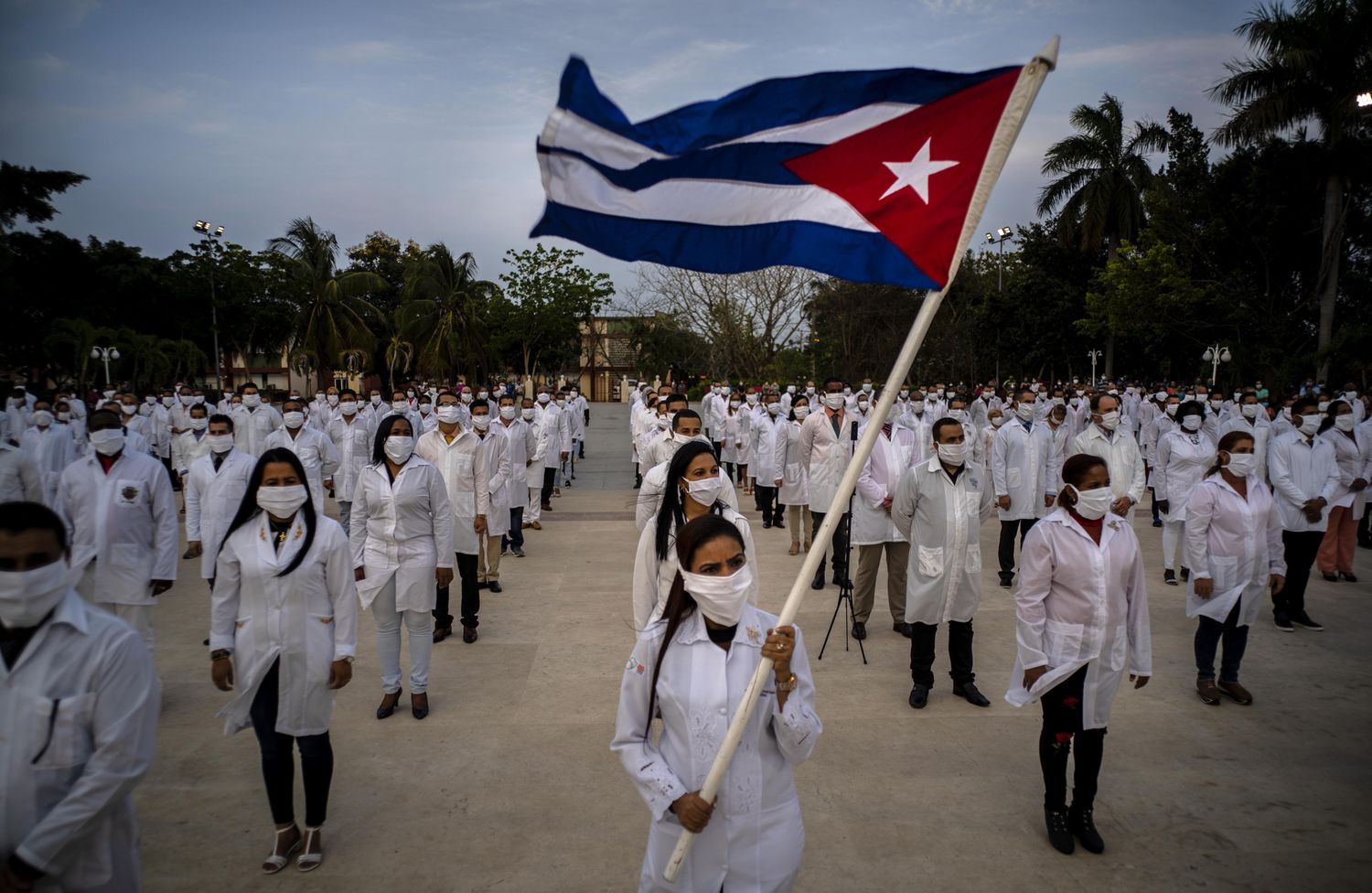 Review the publication, published in Bogotá, that "personalities such as Noam Chomsky, Alice Walker and Eve Ensler together with world organizations, launched the Campaign for the Nobel Prize in Cuba and promote the nomination of the Cuban International Medical Brigade Henry Reeve to receive the Prize Nobel Peace Prize 2021 ”.

In Chomsky's words: "Cuba is the only country that has shown genuine internationalism during the coronavirus crisis."

The social organizations that proposed the International Contingent of Doctors Specialized in Disaster Situations and Serious Epidemics "Henry Reeve" to be nominated and recognized with distinguished merit for their fight against Covid-19, represent more than 30 nations around the world.

The associations Cuba Si France and the also French Friendship Cuba Linda stand out, as well as the American feminist Codepink , the latter requested support to nominate the Cuban contingent before the Swedish Academy and may receive this year's Nobel Peace Prize.

Codepink added that the nomination would show the Cuban people how much admiration they arouse around the planet.

It also highlights that the Henry Reeve Brigade - which is working worldwide to combat the pandemic - is only part of the Cuban medical system, coordinated by the Cuban Ministry of Public Health, which has sent more personnel from that sector to work abroad than the entire World Health Organization (WHO).

The awarding of the Nobel Peace Prize to the International Contingent of Doctors Specialized in Disaster Situations and Serious Epidemics Henry Reeve would also be an honor to the solitary gesture of a son of the people of the United States who gave his life for the largest of the Antilles. (Lázaro David Najarro Pujol / Radio Camagüey) (Photo: File)