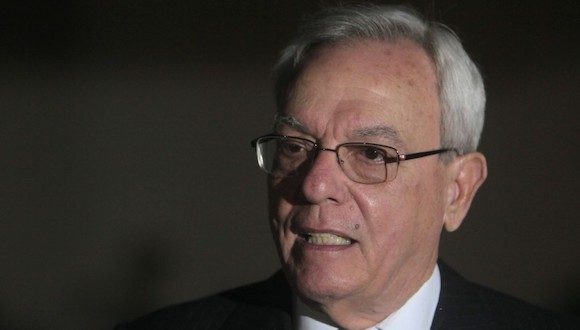 Havana, Jul 31.- Eusebio Leal Spengler , Historian of Havana, died today due to a painful illness, at the age of 77.

Leal Spengler was born in Havana on September 11, 1942. He holds a Ph.D. in Historical Sciences from the University of Havana, a Master in Studies on Latin America, the Caribbean and Cuba and a specialist in Archaeological Sciences.

He completed postgraduate studies in Italy on the restoration of Historic Centers, on a scholarship granted by the Ministry of Foreign Affairs of the Italian Republic.

The Historian of Havana was a deputy to the National Assembly of People's Power in the IV, V, VI and VII Legislature and also served as the Goodwill Ambassador of the United Nations Organization.

In 1967 he was appointed director of the Museum of the City of Havana, succeeding Dr. Emilio Roig de Leushenring (1889-1964), of whom he was a disciple.

He assumed in that position the restoration works of the Government House, former Palace of the Captains General and Chapter House that concluded in 1979.

In 1981, he was given the responsibility of directing the investments of the restoration works approved by the City Government that year; in April 1986 he was in charge of the works in the Fortress of San Carlos de La Cabaña and, later, in the Castle of El Morro.

In addition, he served as dean of the Faculty of the San Gerónimo University College of Havana, and held the titles of Professor Emeritus of the University of Havana, President of the Network of Offices of the Historian and Conservator of the Heritage Cities of Cuba and President of Honor of the Economic Society of Friends of the Country.

In October 2019, he was recognized as a member of the American Academy of Arts and Sciences at an induction ceremony held by the Cambridge, Massachusetts-based academy, where he became an International Honorary Member.

Leal Spengler deserved last year the Rotondi Prize "to the saviors of art", which is awarded by State Law in Italy, for the rehabilitation work of the Cuban capital, the preservation of the heritage of the Cuban nation and especially for the recovery work of the Havana Capitol, currently the headquarters of the National Assembly of People's Power. (ACN) (Photo: File)