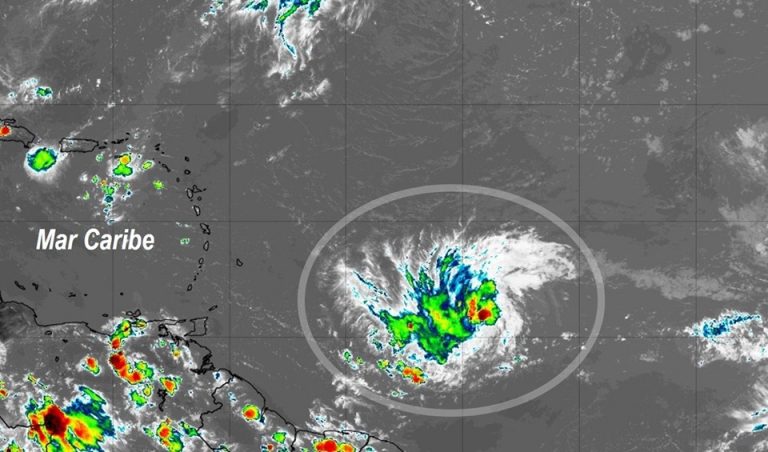 Havana, Aug 1st.- As Hurricane Isaías moves in the seas to the north of Cuba, threatening the Bahamas and the east coast of Florida, in the far Atlantic Ocean a new tropical depression formed, the number 10 of this season, the Meteorological Institute reported in its tropical cyclone one notice about this natural phenomenon.

During the afternoon of this Friday the disturbed time area located in the far Atlantic has gained in organization and turned into a new tropical depression.

The tropical depression was located at 5:00 in the afternoon at 15.9 degrees North latitude and 20.0 degrees West longitude, a position that places it about 430 kilometers east of the Cape Verde islands, near the coasts of Africa. This depression has maximum sustained winds of 55 kilometers per hour, with a central pressure of 1007 hP. It moves north at a rate of 15 kilometers per hour.

In the next 12 to 24 hours, it will incline its path to the northwest, with little change in travel speed. This system will gain a little more in organization and intensity and can become a new tropical storm in the next few hours.