Wrestling will end the year with high level tournaments 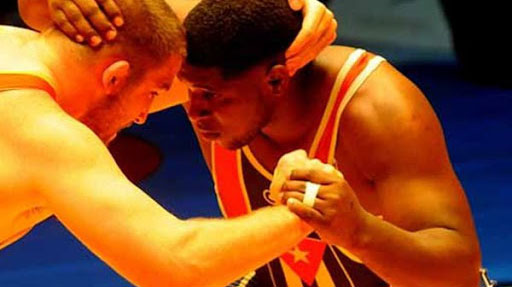 Havana, Aug 5.- Despite the devastation caused worldwide by Covid-19, wrestling will end in 2020 with high-level tournaments, including the World Championship of the absolute category in Belgrade, Serbia , from December 12 to 20.

In this regard, Luis de la Portilla, national commissioner of this sport, declared to Cubavisión Internacional that in addition to this competitive challenge there will be others such as the universal youth competition (December), also in Serbia, and the event for the world under 23 years that will host Tampere , Finland, in the month of November.

About these events, he said that Cuban athletes will prepare themselves with all the rigor and demand in order to arrive in the best sporting form at such high-quality competitions.

Related to other issues, he stressed that Cuba has already guaranteed 12 tickets to the Tokyo Olympics in Japan, 10 of them won in the pre-Olympic wrestling tournament based in Ottawa, Canada, last March.

In turn, he stressed that in the Greco-Roman style the island will attend with a full team of six fighters, including Mijaín López, who will go in search of his fourth title in summer events.

He also mentioned that in the year 2021, from March 30 to April 3, in Sofia, Bulgaria, the last world qualifying event will be held for Tokyo.

Before the pre-Olympic in Ottawa, the Caribbean nation had guaranteed two places in the 67 and 130 kilograms of the classic style, thanks to the gold and silver medals of Ismael Borrero and Oscar Pino, in that order, in the universal competition organized by Kazakhstan in 2019.

It is valid to clarify that while Pino was classified among grequistas, at that weight will represent the island Mijail Lopez, a legend of the sport in the world. (Text and photo: ACN)