Why did the explosions in Beirut cause a nuclear bomb-like cloud? 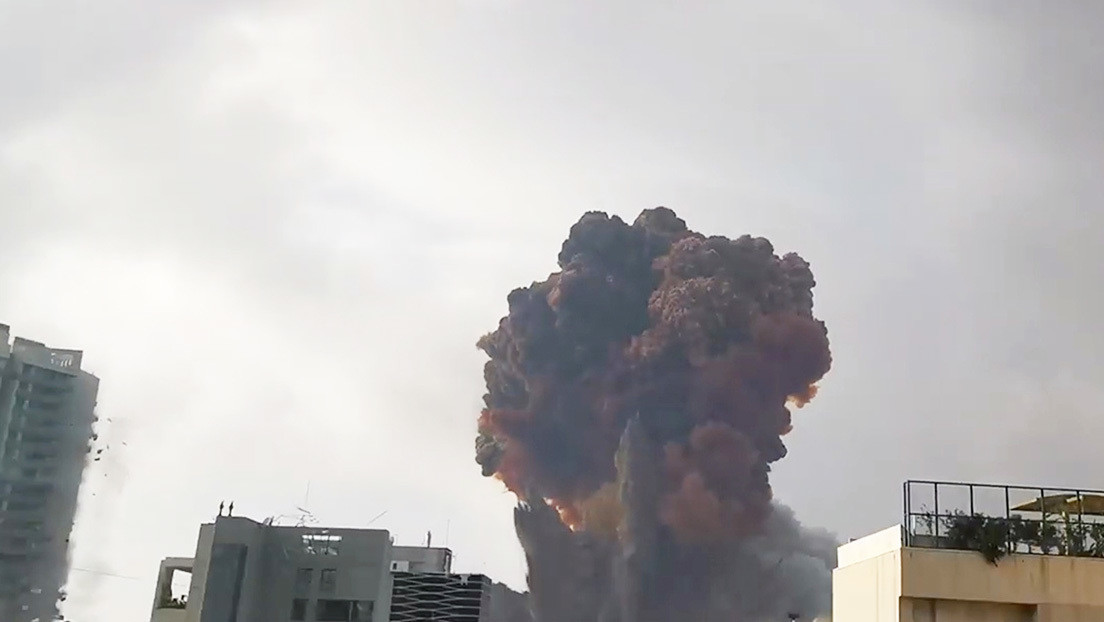 The devastating explosions that occurred last Tuesday in Beirut threw a mushroom cloud similar to that produced by a nuclear bomb. Several experts have explained through social networks what this phenomenon is due to.

Theoretical physicist Jorge Díaz pointed out that "the mushroom cloud occurs every time a large amount of sparse gas is formed at low altitude." He also mentioned that the expanding sphere is a Wilson cloud, which occurs when "the shock wave produces the rapid condensation of moist air."

Under these conditions, the "less dense gas rises forming a column ('stem') and the space it leaves behind is occupied by denser gases, pushing the less dense gases even further," Díaz said, adding that when the gases rise, they cool and subsequently expand to form the "mushroom head".

The specialist's explanation came shortly after several rumors on the Internet that pointed to a possible nuclear bomb as the cause of the tragedy. Even the governor of the Lebanese capital, Marwan Abboud, called the incident "a national disaster like Hiroshima."

However, the official's comments referred to the magnitude of the catastrophe, which has so far claimed the lives of more than 100 people and left more than 4,000 injured.

On the other hand, Viping Narang, a professor at the Massachusetts Institute of Technology who studies everything related to proliferation and nuclear strategy, explained that the Beirut explosions were equivalent to 240 tons of TNT.

The latter is 20 times more than the performance of a MOAB, known as "the mother of all bombs", whose explosion is equivalent to approximately 11 tons of TNT, according to the specialist.

Finally, Martin Pfeiffer, a researcher in the history of nuclear weapons and a doctoral candidate at the University of New Mexico, added that the incident could not be a nuclear explosion because in that case, there must be "a blinding white flash." Furthermore, "the heat from a nuclear blast far exceeds the chemical, making the cloud rise faster." (Text and photo: Taken from RT in Spanish)