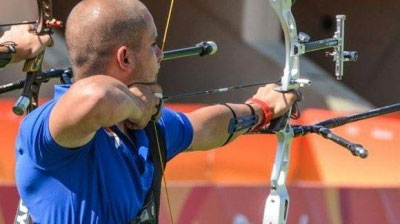 Havana, Aug 7.- With their sights set on the 2021 Olympic qualifying tournament, the Cuban archers will return to training on September 1, after the pause forced by the Covid-19.

Vladimir Quintas, head of the archery coaches collective, told the ACN via Facebook that initially they will carry out a month or four-week leveling cycle and then they will begin preparation for the qualifier that Monterrey, Mexico will host in the month of March.

He added that initially they plan to attend this important event with six athletes, three women and the same number of men; that is what is projected, but we must wait for the days to advance, he said.

Even, he said, we must wait to see how the pandemic evolves, because at the moment that disease is not very controlled in various countries of the world, he added.

In the case of Cuban archers, they live in the area surrounding the Giraldo Córdova Cardín High Performance School, very close to the Pan-American Athletics Stadium, east of Havana.

Among the members of the national team stands out the experienced Juan Carlos Stevens, occupying fifth place in the 2008 Beijing Olympic Games. A native of the province of Santiago de Cuba and almost 52 years old - he was born on October 22, 1968-, Stevens treasures several awards in foreign matches, including seven gold medals in Central American and Caribbean Games.

In addition, among his main results in the international arena, an individual silver medal at the continental event in Rio de Janeiro 2007 stands out - there his teammate Adrián Puentes was champion, who is also active - and a team bronze in Guadalajara 2011. (Text and photo: ACN)