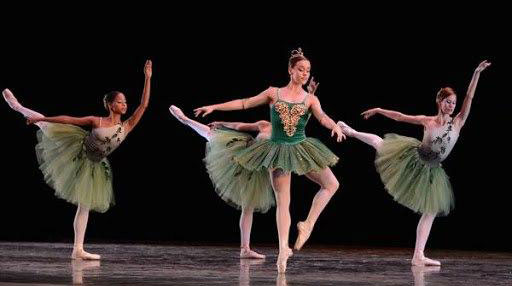 Camagüey, Aug 7.- The Camagüey Ballet, the second ballet company founded in Cuba, will perform this weekend at the Principal Theater of this city, with a concert program without intermission, including the pas de deux de Sherezade.

The performances on Saturday at 8:30 p.m. and on Sunday at 5:00 p.m. will be dedicated to the memory and legacy of Eusebio Leal Spengler, Historian of Havana, who recently passed away, and Fernando Alonso, one of the founders of the Cuban ballet school, who was also the director of the company, on the seventh anniversary of his death on July 27.

With the assembly of Sherezade, by the maître Lila Martínez, the piece Crisálida will also be shown for the first time, and in this way the outstanding cast returns to the stage, after four months without the vital routine of classes and rehearsals, as he used to walk in their salons, according to the Adelante digital site.

The repertoire will include other small-format works such as the pas de trois from The Doll Fairy, Imbalance, by José Antonio Chávez, Spring Waters, and the closing with the Grand pas Eventails.

Regina Balaguer, director of the Camagüey Ballet, in statements to that website spoke about the exercises developed by the dancers at home during the quarantine, and the rigor of these and teachers since they returned to the headquarters on June 29.

In accordance with sanitary measures, the theater - which has 784 seats - will host up to around 350 people.

Balaguer commented on his aspiration to hold the second edition of the Fernando Alonso In memoriam Choreography Contest at the end of November, as a prelude to the 53 years of the company on December 1, if a favorable epidemiological situation is achieved that allows a greater frequency of presentations . (Text and photo: ACN)