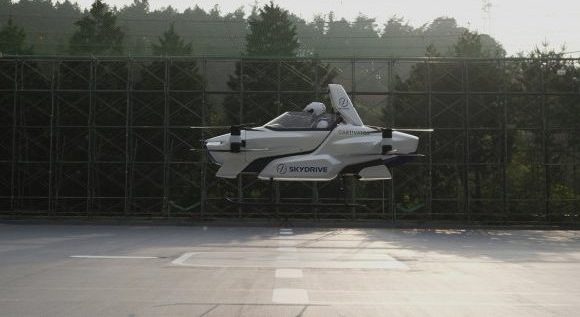 The Japanese company SkyDrive Inc. reported that it carried out a successful flight test of its new model of its SD-03 flying car with one person on board.

The flight took place on Tuesday at a Toyota testing ground. After taking off, the car toured the 10,000-square-meter facility for about four minutes. The pilot was in charge of the controls, but an assisted command system helped ensure flight stability and safety, while technical staff monitored the flight conditions and aircraft performance.

"We want to create a society in which flying cars are an accessible and convenient means of transportation to the sky and in which people can experience a new, safe and comfortable way of life," said the company's CEO, Tomohiro Fukuzawa.

The SD-03 is the "world's smallest" electric flying vehicle for vertical take-off and landing: it requires as much ground space as two parked cars, the statement said.

So far, the aircraft can only fly between five and ten minutes, but if it could fly for 30 minutes, it will have more potential, the manager told AP, adding that he hopes the flying car can be launched by 2023.

"Of the more than 100 flying car projects in the world, only a handful were successful with one person on board," Fukuzawa stressed.

The SkyDrive project began as a start-up called Cartivator in 2012, with funding from major Japanese companies, including Toyota, electronics company Panasonic, and video game developer Bandai Namco. (Text and photo: Taken from Cubadebate)