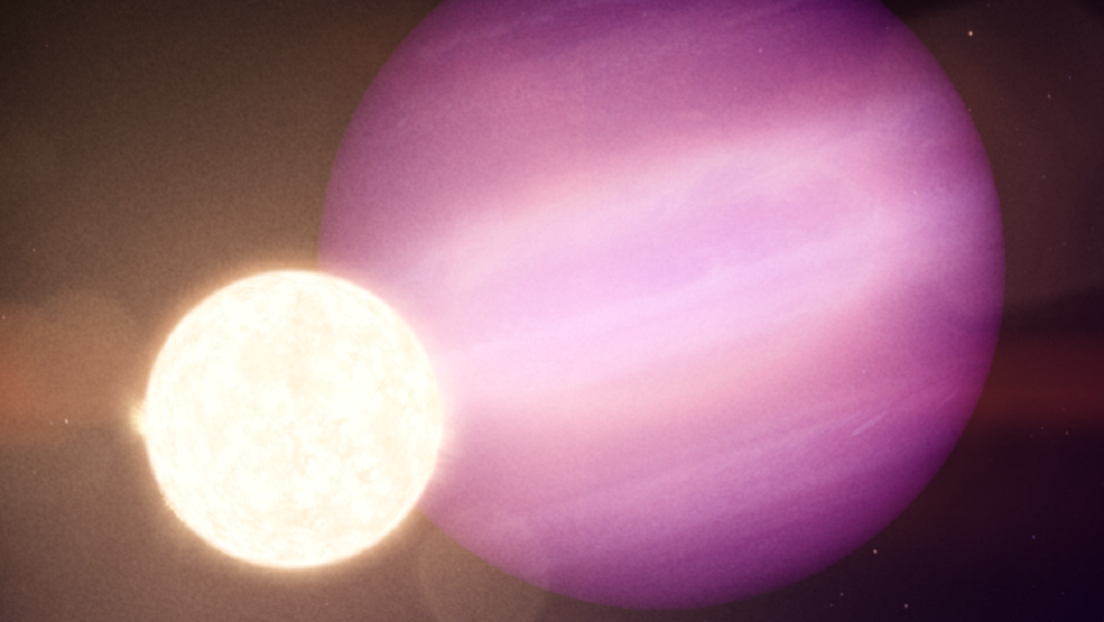 An international team of astronomers detected what could be the first intact planet to orbit a white dwarf. The discovery was made possible thanks to the competition of NASA's Transiting Exoplanet Survey Satellite (TESS) and the now-retired Spitzer space telescope.

The object found, which for scientists could be a planet, was called WD 1856 b. The size of Jupiter, it is seven times larger than the white dwarf it orbits, WD 1856 + 534, which in turn would be made up of the remains of a star similar to the Sun and that exceeds the size of Earth by a 40 percent.

The potential planet orbits the white dwarf every 34 hours, about 60 times faster than Mercury around the Sun, and is about 80 light-years from the constellation Draco. The dead star, for its part, cool and calm, is a distant member of a triple star system that measures about 18 thousand kilometers in diameter and could be up to 10 billion years old.

The study on the finding was published in the journal Nature. Co-author Siyi Xu, an assistant astronomer at the Gemini Observatory in Hawaii, explained that it has long been known that when white dwarfs are born, small distant objects, such as asteroids and comets, can disperse and be drawn into these dead stars, and they usually end up fragmented by the strong gravity of the white dwarf. However, never until now have there been indications of the presence of an entire planet next to a dead star.

"We have seen indications that the planets could also disperse inwards, but it seems to be the first time we have seen a planet that made the entire journey intact," said the researcher.

Another study co-author, Lisa Kaltenegger, director of the Carl Sagan Institute at Cornell University, said that "WD 1856 b suggests that planets can survive the chaotic stories of white dwarfs."

“Under the right conditions, these worlds could maintain favorable conditions for life longer than expected in the case of Earth. We can now explore many intriguing new possibilities for worlds orbiting these dead stellar cores,” added Kaltenegger. (Text and photo: RT)