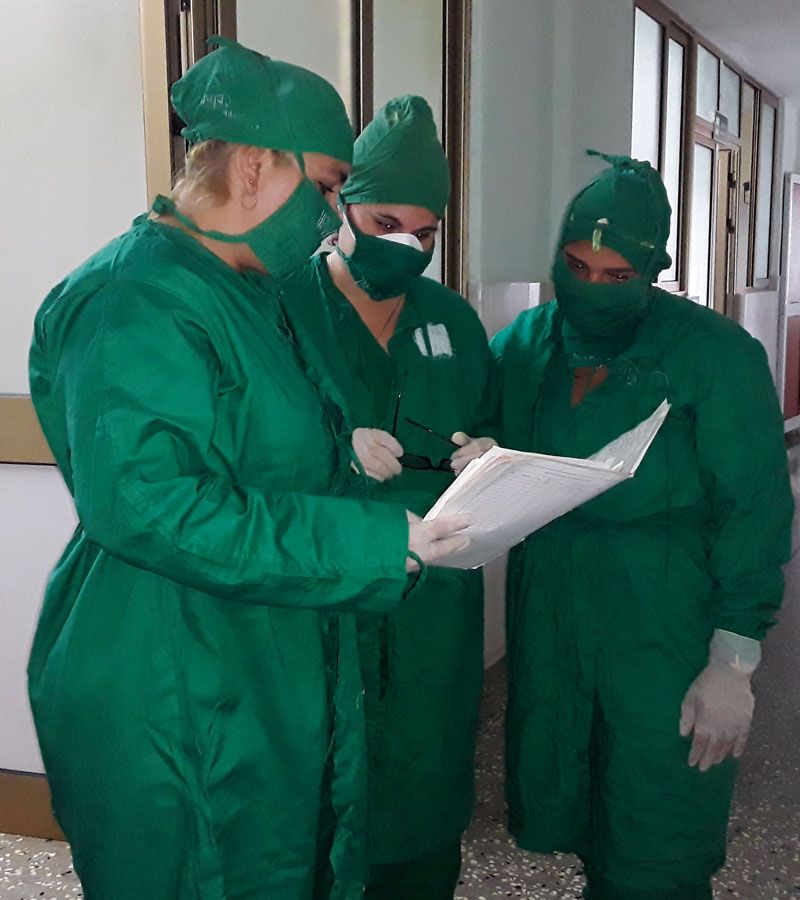 Camagüey, Sep 19.- Adjusted to the national protocols for confronting Covid-19, the specialists of the Amalia Simoni Clinical-Surgical Hospital, of this city, are involved in the treatment of suspects and confirmed with the disease of the provinces of Ciego de Ávila and Camagüey.

Since the previous week, the first hospital institution founded in Cuba after the triumph of the Revolution (1959), was completely dedicated to the care of patients from both regions, especially due to the increase in positive cases of the SARS-CoV-2 in the neighboring territory.

As reported to the Cuban News Agency Eduardo Rivero Peláez, its director, there are currently 163 admitted, 125 of them are infected with the pathogen and the rest are possibly infected, mainly from Ciego, which has the highest rate incidence of the disease in the country.

As in the previous phase of epidemiological importance, 320 beds were prepared in the center for the current contingency, including the seven capacities for intensive care, which would be extended to 18 if required.

In turn, he explained that a newborn and 13 other pediatric patients also receive established medical care, in addition to eight pregnant women and three mothers, all residents in the neighboring province.

Together with the doctors, nurses and other health personnel of the hospital, who have experience in dealing with the pandemic, specialists in neonatology, pediatrics and gynecology from Camagüey work to treat the cases mentioned above.

Rivero Peláez highlighted that the expert commission is working again, made up of professionals from 14 branches of Medical Sciences, in charge of advising colleagues present in the red zone by telephone, for assistance to the afflicted according to their evolution.

He also added that all health personnel are prepared and have experienced the eventuality of assuming the simultaneous arrival of patients, as well as the necessary means of protection, medicines and supplies.

Until the previous week, at the Amalia Simoni Hospital, care was guaranteed for suspects and the last infected in the community, who already received a clinical discharge, after the gradual restoration of their usual functions, in correspondence with the different stages of post-pandemic recovery. (ACN) (Photo: File)