Díaz- Canel states US official tour of Venezuela is an outrage 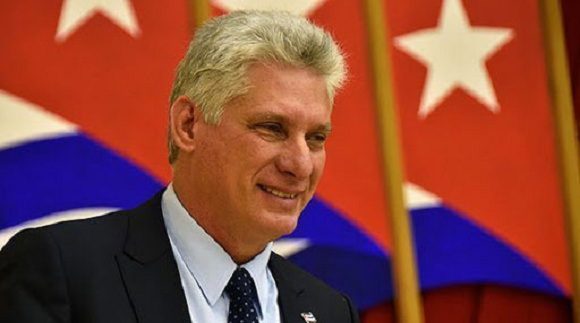 Havana, Sep 21.- The president of Cuba, Miguel Díaz- Canel, described today as infamy against Venezuela the tour of the region by the US Secretary of State, Michael Pompeo.

"A tour with the purpose of uniting lies and liars, falsehoods, slander and imperial lackeys clinging to create chaos, instability and even the climate for a foreign military intervention against Venezuela," Díaz- Canel said on his official Twitter account.

The president's entry in which he does not mention Pompeo by name was accompanied by the label ManosFueraDeVenezuela.

Last week, the head of US diplomacy visited three countries bordering Venezuela: Brazil, Guyana and Colombia, in addition to Suriname, with the purpose of putting pressure on the legitimate government of Nicolás Maduro. (PL) (Photo: File)