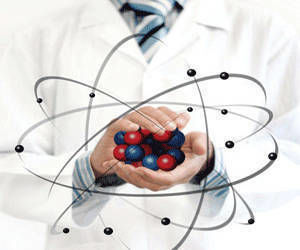 Vienna, Sep 24.- Cuba reiterated the recognition of the right of every State to the peaceful use of nuclear energy and ratified its commitment to disarmament, by speaking at the 64th IAEA General Conference.

The permanent representative to the United Nations Office in this capital, Loipa Sánchez, pointed out that as part of these efforts, the Greater Antilles supports the establishment of Nuclear Weapons Free Zones in different countries or regions of the world.

In this regard, he recalled that Latin America and the Caribbean was the first densely populated area on the planet to be declared a Nuclear Weapons Free Zone, through the Treaty of Tlatelolco, signed on February 14, 1967 in Mexico City.

The outstanding results of the Caribbean nation in the inspections of the International Atomic Energy Agency (IAEA) allowed to achieve double certification that there is no undeclared nuclear material and that the existing one is used by the country for peaceful uses, he said.

The representative also before the International Organizations based in Austria, recognized the extraordinary support of the IAEA in confronting the pandemic caused by SARS-CoV-2, the cause of Covid-19, which allowed 125 nations to receive direct assistance, among them Cuba.

In this regard, he deeply appreciated the help and stressed that the contribution made a notable contribution to increasing national capacities for the application of control measures and the fight against the disease.

Sánchez denounced that in the midst of the pandemic, and as a result of the economic, financial and commercial blockade of the United States for more than 60 years, Cuba is unable to access digital platforms used to hold meetings and virtual events of the Agency.

This particularly affected the exchange of experiences and knowledge in the field of nuclear applications, but despite this, Havana achieved significant progress through the implementation of the Cooperation Program, assured the Cuban ambassador.

It exemplified with the introduction in the country of applications of radioguided surgery and its generalization, which had a positive impact on the treatment of cancer patients and on the pilot study of the sterile insect technique, which is part of the national strategy for confrontation the Aedes aegyptis mosquito.

Cuba currently participates in six national projects, three interregional and 28 regional, and executed the budget granted by the IAEA last year to 98.1%, a figure that Sánchez considered impressive in terms of implementation. (PL) (Photo: File)