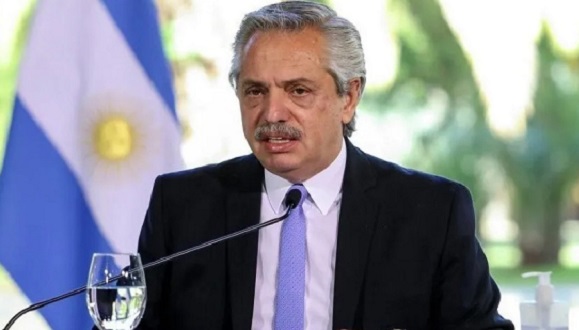 Buenos Aires, Sep 26.- Argentine President Alberto Fernández called to fight with prevention and justice the inequality that society imposes in terms of gender violence and eradicate this scourge forever.

"We returned to put ourselves in the place of women," said the president when announcing the launch in four provinces of the Accompany program, as part of the National Plan of Action against Violence for Gender Motives 2020-2022.

During his intervention by videoconference from the Olivos Residence, Fernández advocated making Argentina a more just society that, he said, is only built if we inject equality every day and if we force ourselves to give rights to those who today do not have them.

The Head of State vindicated the social struggle that Argentine women have led in recent years in demand of their rights and regretted that there are still difficulties for the country to understand that anyone, regardless of their gender status, has the same rights.

We are in the 21st century and we cannot be distracted by the inequality that society imposes in gender violence, which is manifested in gestures of humiliation, violence. The solution has two tracks, prevention and justice, he said after noting that a woman who is violated needs to rebuild a space to live again.

He also pointed out that if the Micaela Law (dedicated to mandatory training in gender violence for all public officials) is educated, prevented and expanded, there will be enormous prevention so that violence of this type disappears.

During the meeting, with the presence of the Minister of Women, Gender and Diversity, Elizabeth Gómez Alcorta, the program was launched in the provinces of Chaco, Santa Fe, Buenos Aires and Río Negro.

The program is intended for women and those from the LGBTI community who are at risk in contexts of gender-based violence through financial support for a period of six months and comprehensive support. (PL) (Photo: File)