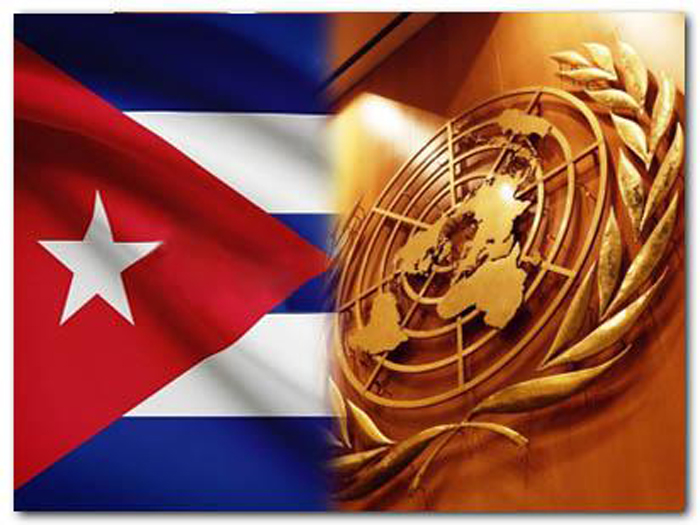 Havana, Sep 29.- Cuba denounced before the UN Human Rights Council the offenses of the non-governmental organization (NGO) Ingenieros del Mundo, which were part of the United States' crusade against the Caribbean country, the Cuban FM said today.

The CubaMinrex site highlights on the cover that the Cuban diplomat Lisandra Astiasarán demonstrated during the debates of the 45th session of the United Nations Organization (UN) the similarity of the offensive comments of that NGO with the subversive messages of the US government and its embassy in Havana.

There is an indisputable reality: Washington has tried for many years to organize  counterrevolution in our country, nurtured in its vast majority by a group of common criminals recruited as mercenaries, whom it tries to present as a supposed opposition, defenders of human rights and even independent intellectuals, Astiasarán warned.

As he said, this is what this and other NGOs promote in the Council, in a position that regrets the lack of resources to come to Geneva of organizations and human rights defenders who could contribute to the debates.

Ingenieros del Mundo accused Russia, China and Cuba of not complying with human rights standards that support their aspirations to join the 47 member state body, and in the case of the Caribbean country, it mentioned alleged torture of citizen José Daniel Ferrer, who was prisoner for common crimes.

With the suggestion of seeking more information in this regard, the Cuban diplomat recalled that the cited example corresponds to that of a person who discredited himself, by flagellating himself and later saying that he had been subjected to brutal torture, a fact that was recorded in a video .

The representative of Cuba reiterated before the Human Rights Council that the political system of her country is defined in the Constitution of the Republic, approved last year in a referendum with more than 90 percent citizen participation and 86 percent approval.

He demonstrated the irrelevance of the NGO's intervention for Cuba, but insisted on leaving the complaint and rejection of "the disrespectful and interfering words" reflected. (Text and photo: ACN)