Several asteroids to pass near the Earth this week 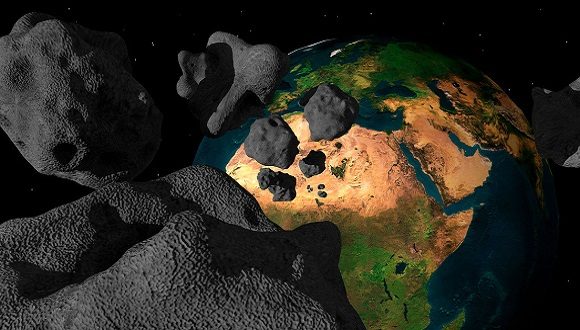 The asteroid 2020 PM7, with a diameter of between 89 and 200 meters, will pass some 2.8 million kilometers from our planet this Tuesday - a distance that is considered safe -, according to the official NASA website.

On the other hand, the OSIRIS- REx probe is scheduled to carry out the first NASA asteroid sampling operation on October 20, when it must land on the space rock Bennuu , 500 meters wide, in whose orbit it has remained the last two years.

The probe will have to land in a crater called Nightingale and reach a rock-free zone about eight meters wide to pick up 60 grams of asteroid material.

“The site is only the width of a few parking spaces and is surrounded by large rock-like structures the size of small buildings,” explained Mike Moreau , deputy director of the OSIRIS- REx project at NASA's Goddard Space Flight Center.

Scientists will have access to these samples to learn about the origins of the Solar System and life on Earth, among other topics, since, according to the US special agency, asteroids are "time capsules" whose origin it goes back to the time when planets were formed. (Taken from Cubadebate / With information from RT) (Photo: Pixabay )