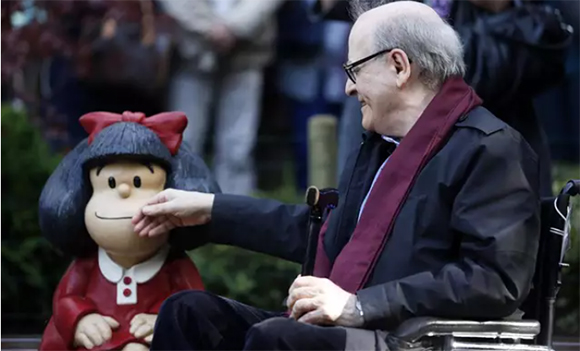 The news was announced by the editor Daniel Divisjy , at the head of Ediciones La Flore. “Quino died. All the good people in the country and in the world will cry for him, ”he said.

Argentina all mourns the great creator, who with his pen and intelligence recreated a character that forever marked the life of the Spanish-American comic strip.

Born in Mendoza, Joaquín Lavado lived in Chacras de Coria, a small town located north of his hometown and despite his advanced age, although with health limitations, he was still standing while his popular character is translated into other languages every day.

Just on July 17, in the midst of the pandemic, many of his followers managed to revere him on his birthday.

Considered one of the most authentic cartoonists on the continent, Quino knew how to mix pessimism with humanism, recreate a character with great social conscience, out of the ordinary, an identity character from this southern nation and from Latin America.

During his prolific career he was distinguished with the Official Order of the Legion of Honor, awarded by the French government and the Prince of Asturias Award for Communication and Humanities, among other awards.