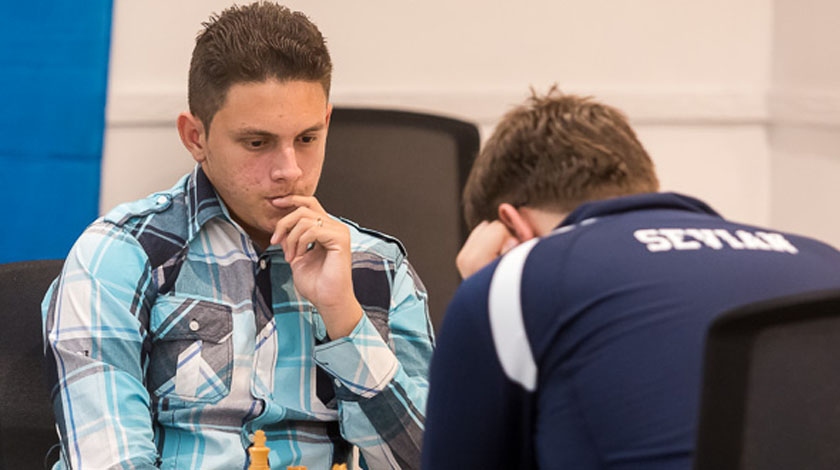 Albornoz advanced as fourth in the qualifying stage, eliminating Colombian Daniel Eduardo López (3-1) in the quarterfinals, then Mexican Isaac Valentino Tello (3-2) in the semifinals and just a few minutes later he won with an overwhelming 3- 0 to Vasquez.

The most difficult series at Wimbledon was precisely the one experienced in the semifinals when he made a serious mistake during the fourth game and needed to reach the fifth game to define.

I wrongly moved a horse that in the defense of the g7 square ... it's over now, let's see what happens in the final, he commented while waiting for his match for the crown .

The new monarch represents the University of Camagüey, where he studies a degree in Physical Culture and Sports, and with this success he ratifies his class and the leadership that he has assumed in the island's chess with a couple of absolute crowns despite not yet meeting the 20 years.

Equally gratifying was the inclusion on the podium of Cuban Rachel Palmero, who lost 0-3 in the semifinals to Brazilian Julia Alboredo , but then beat Kathie Librelato , another from Brazil, 3-2 for the bronze medal .

Palmero, studies at the University of Sciences, Physical Culture and Sports of Havana and faced some difficulties with the connection during the semifinal series which affected his performance.

The gold among the girls was won by Colombian Elizabeth Toro, graceful 3.5-1.5 against Alboredo . Cuba had the presence of Laritza Alfonso in the quarterfinals , defeated 2-3 by the later champion.

The event is played by the digital platform lichess.org and is organized by the International Federation of University Sports ( Fisu ) of America.

Almost 150 competitors from more than 15 countries in the region signed up and their team tournament with mixed composition casts (three men and two women) is scheduled for next October 2. (Text and photo: ACN)