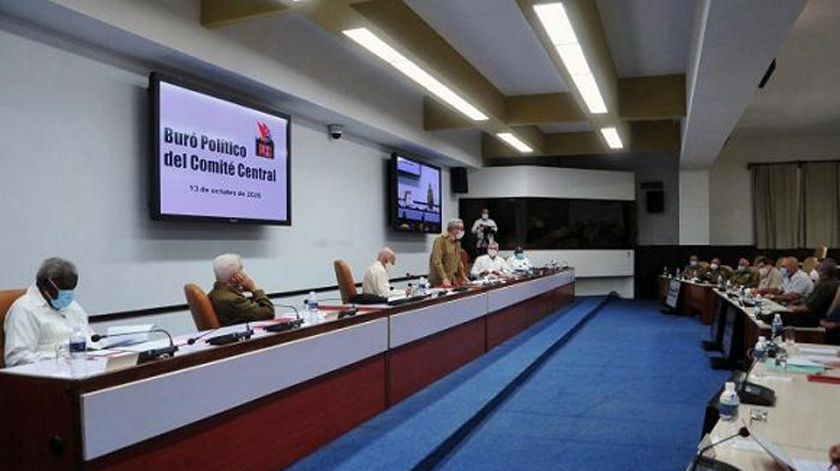 Havana, Oct. 14.- Army General Raúl Castro, First Secretary of the Communist Party of Cuba (PCC), headed a session of the Political Bureau of the Central Committee of the PCC on Tuesday, the newspaper Granma reported today.

Among the topics analyzed at the meeting, the one referred to the general and sectoral principles of the Policy for Foreign Investment stood out.

The members of the Political Bureau also debated issues associated with the functioning of the party organization, adds Granma, the official vehicle of the Central Committee of the PCC.

Last week, on October 6 and 7, the Political Bureau of the Central Committee of the PCC also met, chaired by its First Secretary, on which occasion several laws were analyzed that will be presented for approval by the National Assembly of People's Power.

Similarly, the proposal to update the Plan of measures to confront Covid-19 was presented, which will be released soon, and the preparations for the VIII Congress of the Communist Party of Cuba, to be held in 2021, were evaluated. (ACN) (Photo: Revolution Studies)