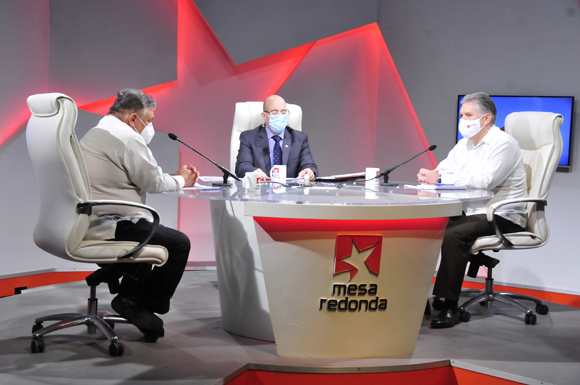 Havana, Oct 15.- The monetary order in Cuba has among its objectives to achieve greater business efficiency from the stimulation of exports and the consumption of national products, official sources considered today.

The head of the Permanent Commission for the Implementation and Development of the Guidelines of the Communist Party of Cuba, Marino Murillo, explained that the monetary and exchange unification, as well as the consequent devaluation of the national currency, will favor the use of national inputs.

When appearing on the television program Mesa Redonda, the official referred to the benefits of equalizing the exchange rate, since currently at the business level a Cuban convertible peso (CUC) is equivalent to one dollar, which favors imports.

That means that all exporting firms will improve their situation and do better, some double or triple their profits, according to the forecasts made, he said.

He also commented that those who sell in foreign markets and use national inputs, which will be cheaper, will achieve more profits, which can be distributed among workers and thus benefit the country as a whole.

Murillo clarified that there will be no export taxes to avoid discouraging sales to foreign markets.

The business system will have much more potential, but it will have to be more efficient, said the manager, who reported on how the State will address the losses of these companies for only one year to avoid unemployment.

For his part, Cuban Deputy Prime Minister Alejandro Gil expressed the importance of increasing the production of goods and services within the country, because otherwise the raw materials purchased abroad will raise prices in their entirety.

The also head of Economy and Planning, highlighted how the devaluation of the currency will favor the internal purchase of products and in turn will favor competitiveness.

According to Gil, this will be the most important measure to contain the increase in prices. If national production is cheaper, the final value of the product will also be, he said.

Likewise, he referred to the 15 recent measures that, added to another 28 previously approved, will allow greater autonomy and efficiency to companies.

Although there will be a decentralization of access to foreign exchange, planning - an intrinsic element of the Cuban economic model - will continue at the central level, mainly to outline development strategies and define priorities.

The process of monetary reorganization in Cuba - still no date announced for its start - includes the unification of the two currencies of legal tender in the country and their exchange rate, as well as the elimination of subsidies and undue gratuities and the transformation of income. (PL) (Photos: PL, Cubadebate and Cubasi)