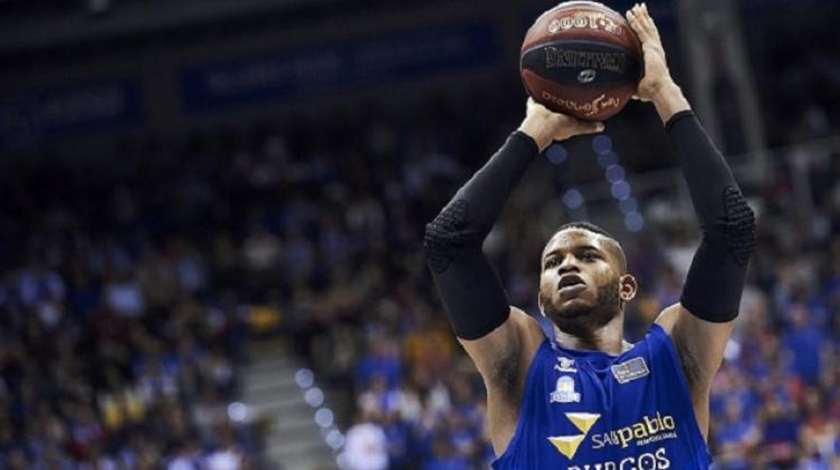 Havana, Oct 17.- Cuban Jasiel Rivero has shown a rising performance in this season of the ACB Basketball League in Spain, where his club Hereda San Pablo Burgos is located in second place in the standings with four wins and only one loss.

Rivero, a regular starter in his team's line-ups, has played three games in a row contributing more than 10 points to the offense, and even dressed as a hero with a decisive score against Saski Baskonia, current champion of the Spanish basketball tournament.

In that vibrant duel, the Burgos beat Baskonia with a tight score of 91-89 on their field at the Coliseum Burgos, on the 11th.

The Cuban basketball player contributed to this important success with his good performance, who scored 13 points, the result of four baskets of two, a triple and two free throws, although in this last section he failed six times, but became the figure of the colliding with his basket near the final whistle in a challenge in which, in addition, he captured eight rebounds for the cause of his cast.

Previously, the player from Havana excelled in the 90-77 victory of San Pablo Burgos against the San Sebastián Gipuzkoa team, on September 27.

In that meeting, which was held at the Plaza de Toros Illumbe-Donostia Arena, Rivero had his best performance so far this season by contributing 16 points, capturing six rebounds and distributing three assists, for a valuation of more than 25, according to the Hereda club reflected on its Twitter account.

Later, on October 8, he contributed 14 cards in the triumph of his team with a wide score of 100-86 against his rival on duty, Casademont Zaragoza, where his compatriot Javier Jústiz plays, who is recovering from an injury.

Before, at the start of that tournament, the Havana athlete achieved five and six points, respectively, against Herbalife Gran Canaria and the powerful Barcelona, ​​runner-up in the last edition of the prestigious Spanish basketball competition.

So far, with four victories and only one setback in the ACB Basketball League in Spain - known for sponsorship reasons as the Endesa League - Burgos is among the leaders in that strong competition, and will go tomorrow in search of its fifth successive success when visiting the cast of Andorra. (Text and photo: ACN)