Where is agriculture in Camagüey? 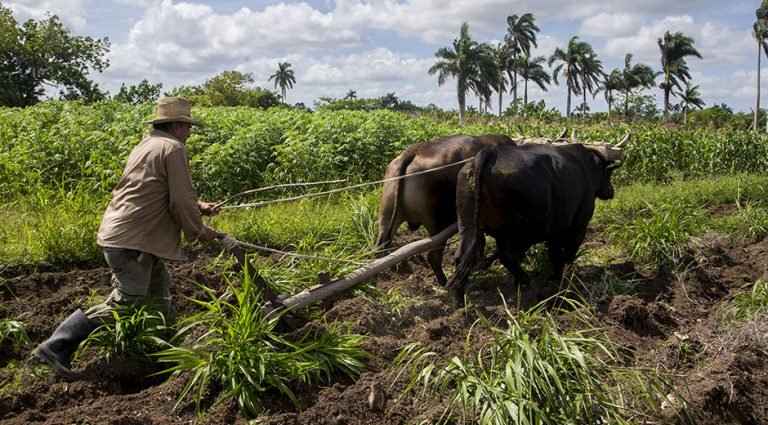 Camagüey, Oct 22.- Many are the challenges facing Camagüey agriculture, and among them, the scarcity of offers in agricultural markets and small squares stands out, where there is a marked shortage of demanded products.

In this regard, Julio Alberto Velázquez Ávila, Deputy Delegate of Agriculture in the territory, explained that there are several phenomena that cause this situation.

“The crops that we currently have, such as bananas and cassava, have longer cycles.

"At the end of October, the yucca should begin to be extracted, and again around the second half of December, since the shortest cycle we have is around five and a half months, even six, and it is at that time that we will be able to harvest I sowed it in May and June.

“In addition, the adverse weather conditions, specifically the rains in recent days, have affected us hard; especially in the northern municipalities and some in the south, such as Vertientes, which has a significant level of cassava and sweet potato that has been impossible to extract”.

The tremendous effort of farmers to sow and harvest, even when there is a lack of fertilizers, herbicides or adequate implements to make the work easier, contrasts with another reality: “many times the products go to other destinations, and not to state markets” says Velázquez Ávila.

“It is really an important battle, in which we, as representatives of the Ministry of Agriculture, have a great responsibility; the legal inspection bodies of the government, Acopio and all those involved in the production and marketing chain.

“Unfortunately, the productions that are seen today are at exorbitant prices in the hands of the non-state operators and points of sale, in which we know that it is even sold illegally; this is a fight in which we cannot get tired”.

Given the structural changes that are coming for the entire economic and business system, special attention is imposed on the mechanisms for collecting and distributing production.

It is inconceivable that diversion and overselling will happen before our eyes and we are left unmoved. The little that we are able to get out of the ground should reach the plates of the people of Camagüey, who need it so much. (Photos: Archive)