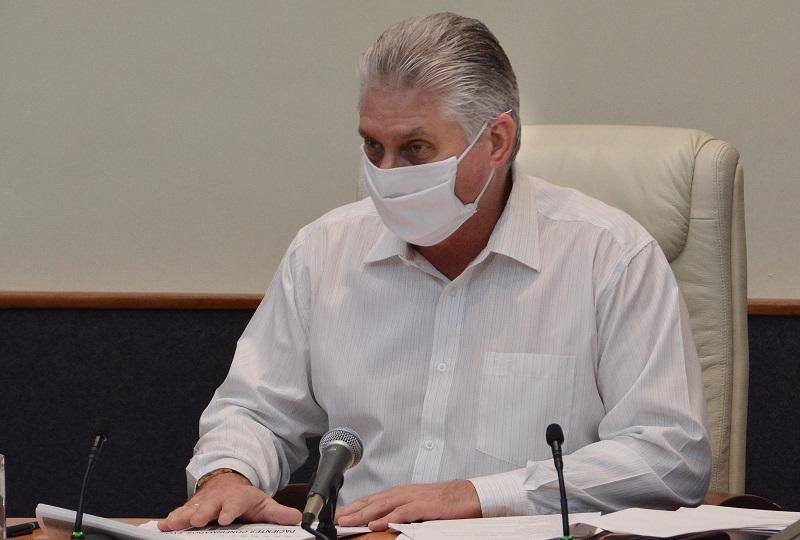 Havana, Oct 28 - 83 new positive cases for Covid-19 were reported this Tuesday in Cuba, 54 of which correspond to Pinar del Río, a province where infections have increased significantly in recent days and are currently presenting the most complex epidemiological situation in the country.

With 173 people diagnosed at the end of last week, this is the highest number of confirmed positive patients there in a period of seven days since the start of the epidemic in the largest of the Antilles.

This was confirmed by the Minister of Public Health, José Ángel Portal Miranda, during the meeting of the Temporary Group for the prevention and control of the new coronavirus, held this Tuesday after concluding the second working session of the deputies, prior to the Fifth Ordinary Period of Sessions of the IX Legislature of the National Assembly of People's Power (Cuban Parliament).

In the exchange -headed by the President of the Republic, Miguel Díaz-Canel Bermúdez, Vice President Salvador Valdés Mesa, and Prime Minister Manuel Marrero Cruz-, the owner also informed that it is the territory where he is manifesting at the moment the highest incidence rate for every one hundred thousand inhabitants of Cuba in the last 15 days, with 47.96.

As reported by Portal Miranda, the complex scenario of the province adds the start of two new local transmission events in quarantine: one in the Raúl Sánchez neighborhood of the capital city, and another in the municipality of Sandino, in the council popular of the same name, with 15 and 17 positive cases in the day, respectively.

At the end of September, he explained, in Pinar del Río, an average of 0.4 positive cases per day were confirmed, while, so far in October this figure is 9.2.

Faced with this reality, Governor Rubén Ramos Moreno explained to the temporary group that hygienic-sanitary measures have been reinforced in the 11 municipalities, all in accordance with the epidemic stage, in its phase of limited autochthonous transmission, to which the Province.

Taking into account the current dispersion of the disease in the province, the President of the Republic insisted on the need to reduce the mobility of people within the territory and strengthen physical and social isolation in order to cut contagions.

About Sancti Spíritus, the Minister of Public Health explained that, although at the end of last week -the 33rd since the epidemic began in Cuba-, there was a decrease in diagnosed patients, in the days that have After October, there was an increase in the intensity of transmission of the disease with 286 confirmed people, which indicates that the situation is not yet fully controlled.

Regarding Havana, a province where the decrease in the intensity of transmission of the disease has begun to be a trend in recent days, Governor Reinaldo García Zapata recalled that, even though they do not have any active local transmission event, seven controls remain open of focus in which it works with rigor. With satisfaction, he reported that all the focus controls that had five or more positive cases had already closed.

The situation in Ciego de Avila was also assessed. Adherence to biosafety protocols and the identification of suspects through active investigations in the communities continue to be elements that the province cannot neglect and on which they maintain a rigorous follow-up, assured Martín Venegas.

The President of the Republic reflected on the importance of doing things properly in each place during the exchange, because every time we stop doing things well, he said, we give the disease an opportunity to find new paths for it. contagion. (Presidency Cuba) (Photo: File)