Cuban FM received the ambassador of the Kingdom of Spain 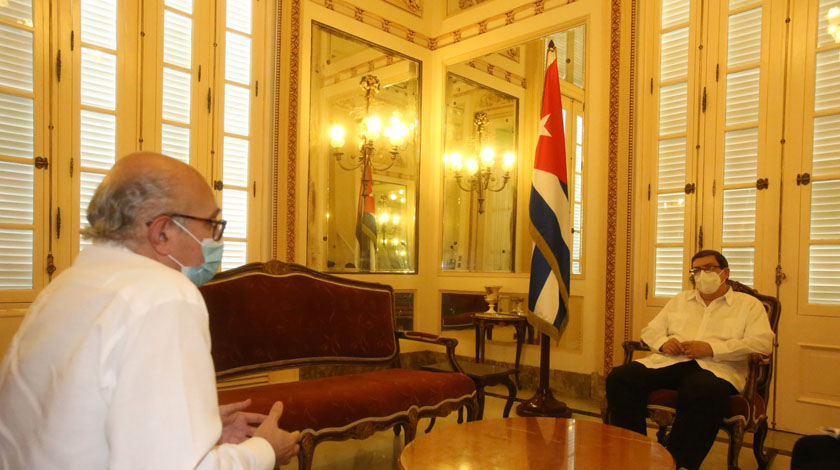 Havana, Oct 30.- Bruno Rodríguez Parrilla, Cuban Minister of Foreign Affairs, held a meeting this Thursday with Juan Fernández Trigo, ambassador of the Kingdom of Spain, who is finishing his diplomatic mission in Havana.

During the meeting, both government representatives reiterated their willingness to continue strengthening the constructive dialogue, with the aim of supporting progress in political, economic and cooperation relations, according to Rodríguez Parrilla on Twitter.

The leisure industry is one of the most dynamic sectors of the Cuban economy and it is the leading role of the Spanish presence in it that makes the European country the third largest trading partner of the island, behind Venezuela and China.

In terms of tourism, the Meliá and Iberostar hotel chains lead the presence of foreign companies in this sector of the largest of the Antilles, and are also among the most outstanding among those with Hispanic capital in this country.

Cuba and Spain maintain diplomatic relations based on respect, dialogue and collaboration in various spheres, as well as the exchange in recent decades of the Heads of State of the two governments, both in Madrid and in Havana.

In this sense, in 2018, the President of the Spanish Government, Pedro Sánchez, made an official visit to Cuba and in November 2019, King Felipe VI and Queen Letizia toured the Cuban capital, on the occasion of the 500th anniversary of the city. (ACN) (Photo: Taken from the profile on Fb. Of Bruno Rodríguez)