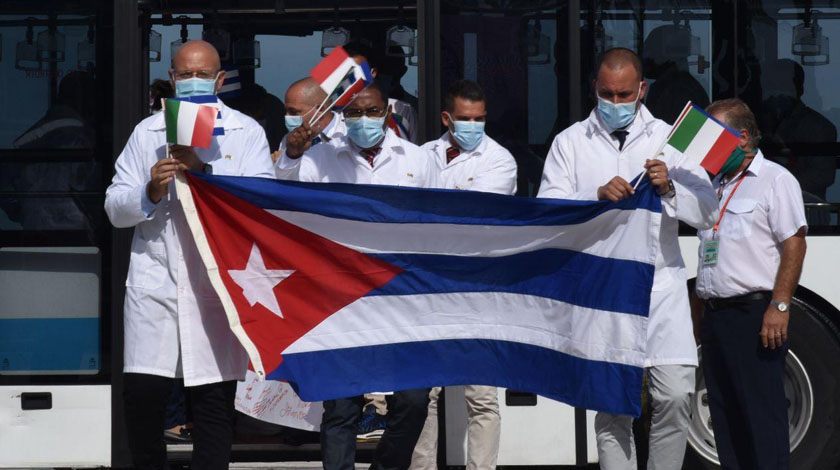 Havana 12 Nov- The UNESCO report "Science Diplomacy in Latin America and the Caribbean: Strategies, Mechanisms and Prospects", released as part of the celebrations for the World Day of Science for Development highlights Cuban leadership in scientific cooperation.

The Cubaminrex site in an information dated in Paris, France, highlights that "Cuba is one of the countries with the longest experience in scientific and medical diplomacy in the region based on an advanced biotechnology industry and a robust health system," the report emphasizes.

The report recognizes the international prestige and political capital earned by Cuba in this area and highlights that “since 1963 the country has sent more than 400,000 medical professionals in 164 missions to countries in Africa, America, the Middle East and Asia, in addition to providing humanitarian aid in cases of catastrophes, emergencies and epidemics such as Ebola and more recently Covid-19 ”.

It points out that Cuba also participates in South-South cooperation projects in fields such as health, education, and agriculture, and contributes to training human resources in Latin America and the Caribbean through international schools in various disciplines from public health to health climate resilience.

The report was presented during the Open Forum of Sciences of Latin America and the Caribbean –CILAC-, conceived as a living space for reflection and interaction in relation to the problems of the management of science, technology and innovation and that contributes to the implementation of the 2030 Agenda for Sustainable Development in the region.

In a globalized context where coordination between the spheres of science and foreign relations is a key factor in responding to present and future challenges, this report calls on the Latin American and Caribbean region to strengthen scientific diplomacy as an opportunity to improve international relations and adopt innovative strategies for scientific collaboration among their countries and with the rest of the world. (ACN ) ( Photo taken from the Twitter profile of Cuba Unesco Mission)