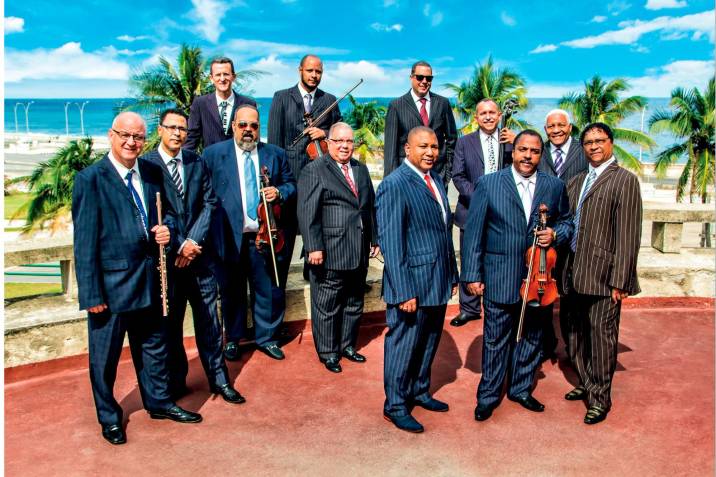 Havana, Nov 20.- The legendary Aragón Orchestra won the 2020 Latin Grammy Award, in the Traditional Tropical Album category, awarded by the Latin Academy of Recording Arts and Sciences of the United States.

This year, the well-known Aragón was consecrated with the album Icon, by the record label Puntilla Music, which defends the legacy of the charanga genre and celebrates the 80 years of the group.

From the headquarters of the Cuban Institute of Music, the violinist and leader of the group, Rafael Lay, celebrated the news along with other artists who participated in the special broadcast carried out by the Ministry of Culture.

We dedicate this award to all the musicians who have been part of the orchestra and to the health personnel who fight the epidemic of the new coronavirus. We hope that the Aragón Orchestra will continue to live for a long time, he said.

He also highlighted the imprint of his father and founder of the orchestra, considered one of the leading groups of Cuban popular music and an exponent of the world famous cha cha cha rhythm.

On the island they aspired to the golden gramophone in the category of Best Traditional Tropical Album, the album Mariposas, by Omara Portuondo, who in the previous edition was distinguished with the Award for Musical Excellence.

The Faílde Orchestra completed the roster, with the album Failde with Tumbao, and the Changüí group from Guantánamo, with the production Este es Nuestro Changüí.

For his part, Cuban musician Alex Cuba was the only representative of the Caribbean nation who performed in the online ceremony broadcast from the official platforms of the renowned musical event. (PL) (Photo: File)