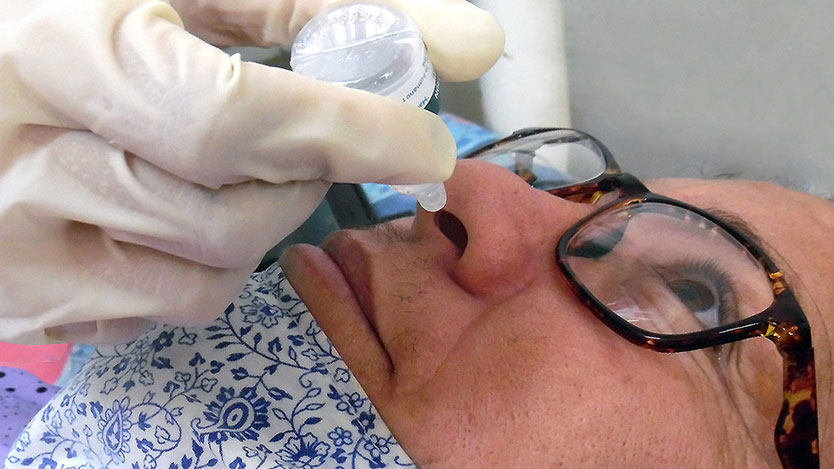 Havana, Jan 7.- The application from this Thursday in Havana of the Cuban product Nasalferón, to travelers and their cohabitants, was announced in a session of the Provincial Defense Council (CDP), in this capital, as part of the confrontation with the Covid-19 pandemic.

Ileana Morales Suárez, director of Science and Technological Innovation of the Ministry of Public Health, specified that the drug, in drops, will begin to be applied this January 7 in the Boyeros and Diez de Octubre municipalities, later extending to the rest of the province, published the Radio COCO station on its official website.

According to the report, this product is an immunoprotectant derived from Cuban interferon that has been used with 93% effectiveness in medical personnel in the red zone of hospitals where the pandemic is being fought, and in health collaborators.

One drop will be applied, nasal, in the morning and another at night, for a period of between five and 10 days, and the cohabitants must start the treatment three days before the arrival of the traveler at their home, the expert pointed out.

Nasalferon is a Cuban biotechnology drug with prophylactic action that, according to specialists, prevents the replication of the SARS-CoV-2 virus, which causes Covid-19, and modifies the number of colonies present in the body, in addition to strengthening the immune system and ensure that if the person becomes infected with the pathogen they do not develop severe symptoms.

In the Capital Defense Council this Wednesday, headed by Luis Antonio Torres Iríbar and Reinaldo García Zapata, president and vice president of the CDP, respectively, a balance was made of the epidemiological situation of the province.

Regarding the confrontation with Covid-19 in Havana, it was reported that at the close of January 5, in the Cuban capital, three thousand 922 PCR tests (Polymerase Chain Reaction) were carried out and 75 positive cases were confirmed in SARS-CoV-2 coronavirus, for 1.9% positivity.

Of the total, 70 are Cubans and five foreigners, 53 native and 22 of the cases were imported, of which 12 were detected upon arrival in the country and 10 on the fifth day, explained Carlos Alberto Martínez Blanco, provincial director of Health.

He said that five confirmed health workers are reported in the province, two with an institutional source of infection, two non-institutional and one case without a specified source.

Currently working on 235 active focus controls in the 15 municipalities of the city, all with reinforcement measures, and to date, 1,689 contacts are kept under surveillance. (ACN) (Photo: Archive / Pastor Batista)