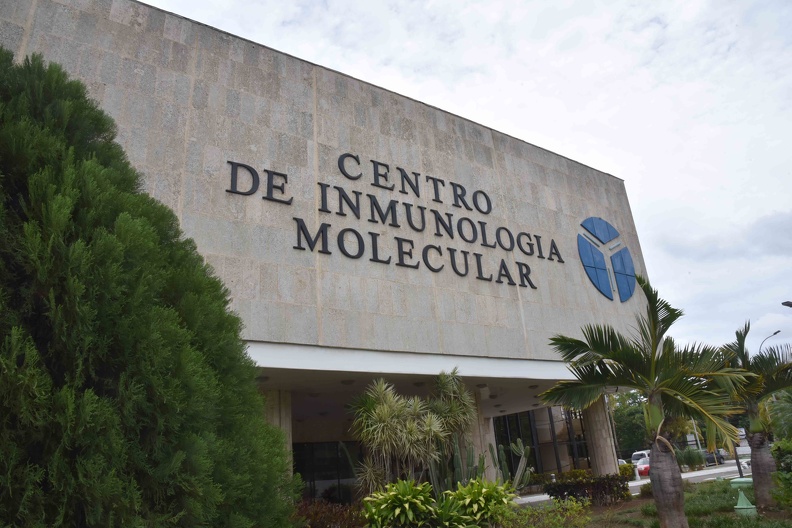 For this reason, research associated with products for the treatment of various diseases is advancing, the Doctor of Science Kalet León Monzón, deputy director of the institution, informed the Cuban News Agency exclusively.

He clarified that although they focused on fighting the  Covid-19 pandemic, they continued to obtain and produce biopharmaceuticals to combat cancer and other non-communicable chronic diseases.

He mentioned the new studies on the drug NeuroEPO, whose purpose is to delay the increase in Alzheimer's disease and improve the quality of life of people who suffer from it, and exemplified with his phase II-III clinical trial carried out in the country, including follow-up to patients.

Based on his conclusions, we await the registration of the use of the drug in patients with moderate and mild Alzheimer's, emphasized León Monzón.

He also cited the clinical advances around the CIMAvax-EGF vaccine, used for the treatment of very advanced stages of cancer with zero surgical possibilities, which corroborates its effectiveness outside of controlled settings.

He related the investigations in the Cuban-Chinese Joint Venture Biotech Pharmaceutical Co (BPL), which confirmed the efficacy of the humanized monoclonal antibody Nimotuzumab against pancreatic cancer, which should make it possible to apply for its registration in that Asian region.

The BPL surpassed the production of the drug in 2020 and generated an important value in income to Cuba, according to the same source.

According to the director, the Cuban Industrial Property Office approved six patents associated with the Soberana 01 and Soberana 02 vaccines and CIM products, and despite the growing hostility of the United States government and the pandemic context, the center complied with the plans to production and sale in the national market and promoted exports.

For the first time, the CIM contributed researchers and specialists to the International Contingent of Specialized Doctors in Disaster Situations and Serious Epidemics “Henry Reeve”, to collaborate in humanitarian missions against the new coronavirus.

As one of his aspirations he said to achieve the status of High Technology Company (EAT), which was recently achieved by the Center for Genetic Engineering and Biotechnology (CIGB) and the Biotechnology and Pharmaceutical Industry Company (BIOCEN), in the provinces of Havana and Mayabeque, respectively.

The EATs, according to the eminent Cuban scientist Agustín Lage Dávila, are characterized by the internalization of science, the obtaining of differentiated products with short life cycles, the possession of a highly qualified workforce and the negotiation of intangible assets with marked frequency.