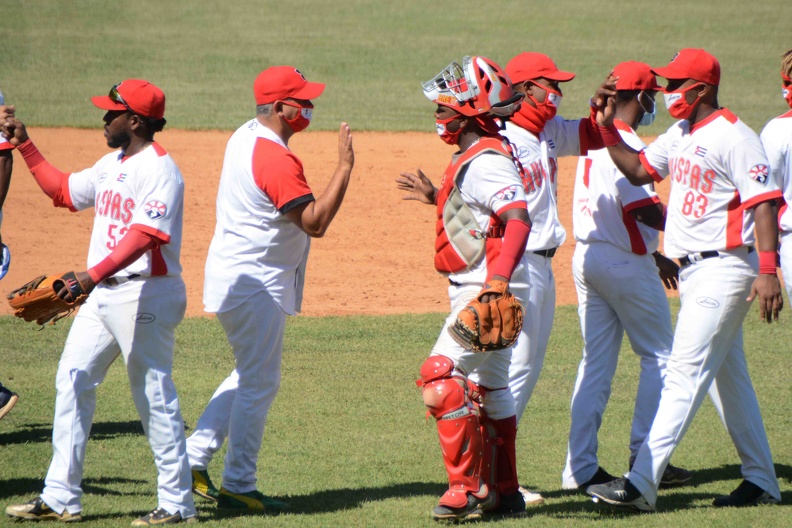 Havana, Jan 27.- With a decisive four-run cluster at the end of the seventh inning, Santiago de Cuba defeated Las Tunas 7-4 and took a 1-0 lead in the play-off of the 60th quarterfinal National Baseball Series.

In the bubble of the southern stadium September 5, the Wasps of mentor Eriberto Rosales lost 3-4 in the so-called lucky inning, in which they stepped on the plate four times by hitting five hits, including a double by Rudens Sánchez and a home run by Adriel Labrada against starter Yudier Rodríguez, ultimately the loser, and triple by Ariel Benavides against reliever Alberto Pablo Civil.

With that score, the Lumberjacks opened the eighth act with a jit from Rafael Viñales, but the mentor Rosales did not shake his hand, he removed the starter Carlos Font from the box -who won the victory-, and brought his relief star, Yunior Tur, who barely awarded a ticket and did not allow liberties in two performance innings.

Madero at the ready for the santiagueros highlighted the first baseman Edilse Silva, who went 5-3 with three RBIs.

Following this result, the match between these two oriental teams in the postseason stages favors the Santiago team 4-0, which in the qualifying phase of the current series came out 4-1 with flying colors.

For its part, and with a timely 14-hit offense and solid relief from Andy Rodríguez, the Industriales team defeated Granma 5-4 in an extra inning.

In the bubble of the José Antonio Huelga stadium, mentor Guillermo Carmona's Lions lost 3-4 at the top of the ninth inning, in which the timely solo homer of the young outfielder Alberto Calderón came against a very comfortable dispatch from rescuer Carlos Santana, to tie the duel.

With the score even, Carmona handed the Teammate to his stellar fire extinguisher Andy Rodríguez, who with a recital of shipments over 90 miles, threw two almost immaculate innings, since he did not support neither jit nor run, he awarded two strikeouts and just one rival reached first base by ticket.

The blue winning run in the 10th inning came by error by shortstop Yulian Milan on a first shot trying to end the inning with a double play play. His missed shot opened the door to the home plate for runner Oscar Valdés.

In the postseason phase, this was Industriales' ninth win against Granma without the shadow of a failure. (With information from ACN) (Photos: Modesto Gutiérrez and Roberto Morejón)