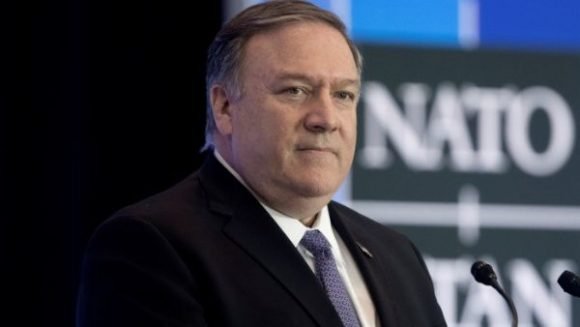 Washington, Jan 27.- Former US Secretary of State Mike Pompeo was incorporated into the Hudson Institute, something considered a step towards his possible presidential candidacy in 2024, the media reported today.

The institution, considered a thinking tank of conservatism in the country, said in a statement that the former head of state will join its staff as a distinguished member.

"I am delighted to join the Hudson Institute and look forward to contributing to its mission of promoting American leadership and global engagement," said Pompeo, rated the worst chief diplomat in the country's history.

According to writer and journalist Fred Kaplan, in an assessment posted on the website https://slate.com, if Trump emulates as the worst president in the country, “there is no doubt that Mike Pompeo, his most fervent lap dog, he is the worst secretary of state”.

During his tenure in office for two years and nine months, the former official "has not said or done anything that has improved our security, our values, or even - correct or incorrect - his administration's own policies," he said. Kaplan.

Pompeo, he added, demoralized the Foreign Service by leaving a record number of vacancies.

Pompeo, who represented the Kansas District in the House of Representatives for three terms and was director of the Central Intelligence Agency before heading the State Department, is widely regarded with presidential aspirations and is one of several possible Republican contenders for 2024.

A position at the Hudson Institute will keep him in the mix of political discussions in the meantime before the next presidential race, The Hill newspaper said. (PL) (Photo: File)