New milestones discovered related to the origin of tetrapods 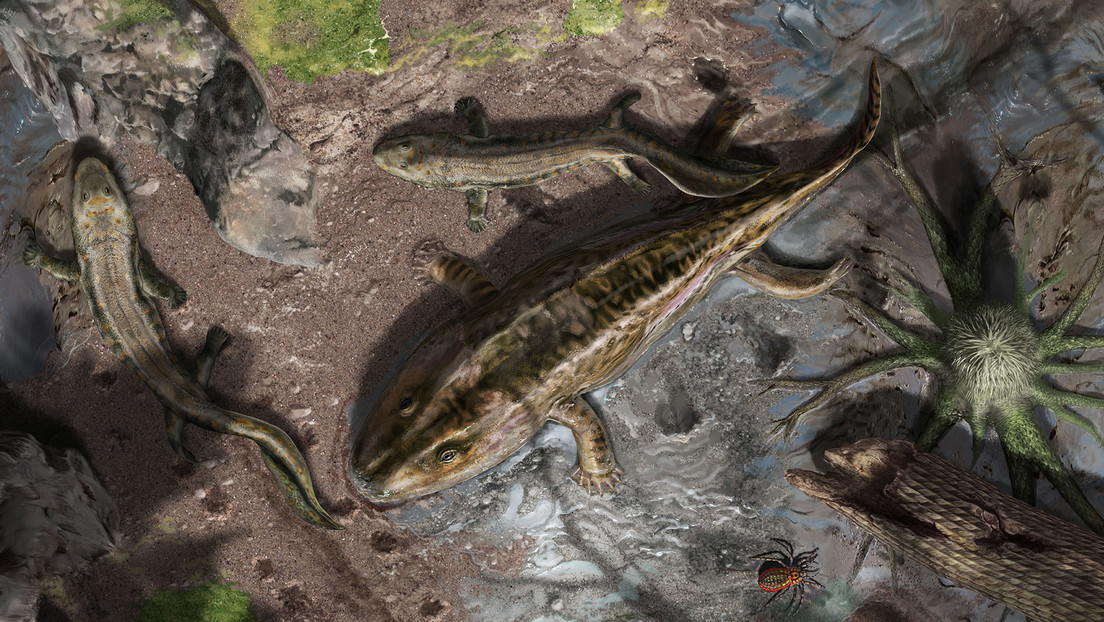 One of the most important milestones in the evolution of life on our planet was the transition of species from the oceans to the land. This is a question that for years has fascinated scientists and has generated multiple theories about when and how exactly this process occurred.

On August 23, two researchers from Harvard University (Massachusetts, USA) published a study in the journal Nature Ecology and Evolution in which they claim to have obtained a very narrow estimate of the time in which tetrapods originated: specifically, about 390 million years ago.

Tiago Rodrigues Simões, one of the study's authors, explains that he was intrigued as to why the first known fossilized tetrapod footprints were at least 15 million years older than any of the tetrapod fossils found so far.

Simões and his colleague, Dr. Stephanie Pierce, decided to put into practice a methodological tool called "morphological clocks" to try to clear up this mystery. This technique, derived from evolutionary and epidemiological analyzes using molecular data, provides a valuable approach to understanding how extinct or living species are related to each other, their times of origin, patterns of diversification, and rates of phenotypic evolution in an integrated way.

The researchers found that the first tetrapods appeared 390 million years ago, "close to the age of the oldest known footprints." However, according to Simões, these results suggest that "this is not due to the low conservation potential of fossils, but to the exceptionally low rates of species diversification in tetrapods and their closest relatives." Simões adds that such low rates of diversification produced so few species that lived in that time period that, even with a constant rate of preservation and recovery of fossils, there was "a very low probability" that those species could be preserved as fossils.

On the other hand, the scientists also found that the lineage that led to the tetrapods underwent much faster rates of evolution than those of their close aquatic relatives.

However, the limbs took millions of more years to develop, and the scientific community still lacks reliable answers as to why the skull evolved long before these.

"Why such a long gap between the origin of the group with key evolutionary innovations and its taxonomic success as a lineage? This is a pattern that we have been finding with other vertebrate lineages in recent years on different time scales", Simões emphasizes, and concludes that answering this question is now one of his main research interests, which "will definitely require much more time and analysis." (Text and photo: RT)