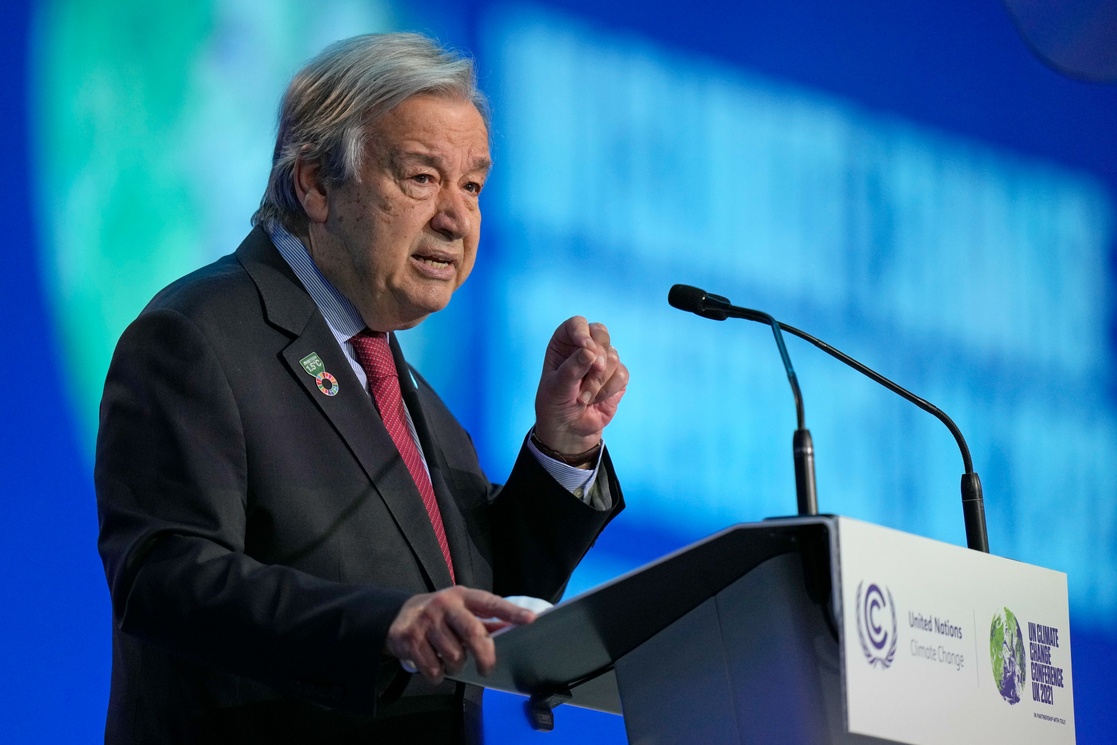 Glasgow, Scotland, Nov. 12 - The announcements made at the United Nations Conference on Climate Change (COP26) are encouraging, but they are far from being enough, the UN Secretary General, António Guterres, warned today.

In his speech at the high-level event of global climate action at that meeting in Glasgow, the highest representative of the multilateral organization stressed that the gap in polluting emissions is now a devastating threat.

While the financial and adaptation gap represents a flagrant injustice for the developing world, he stressed.

Therefore, he called for a more ambitious future of Nationally Determined Contributions (expected reductions in greenhouse gas emissions) and that the promises made by the countries be implemented.

Governments must accelerate the pace and show the necessary ambition in mitigation, adaptation and financing in a balanced way, we cannot settle for the minimum, emphasized the UN Secretary General.

Guterres said he was inspired by the mobilization of civil society, youth and the dynamism and example of indigenous communities, women's groups, cities and the private sector: the fight for climate action requires the participation of all.

We know what to do, keeping the goal of 1.5 degrees Celsius of global temperature increase within reach means reducing emissions globally by 45 percent by 2030, he detailed.

But with the current package of nationally determined contributions, even if fully applied, emissions will continue to increase in 2030, he warned.

Even if the latest promises and commitments from COP26 are accepted, we are heading for an increase in global warming well above 2 degrees Celsius, the Portuguese diplomat insisted.

Faced with such a scenario, he said, it is of utmost importance that promises are put into practice, commitments become concrete and actions are verified.

The highest representative of the United Nations also met with various world leaders as part of the climate conference negotiations, including the Vice President of the European Commission, Frans Timmermans; a group of mayors; and ministers of Russia and China.

For his part, the British Secretary of State for International Development and president of COP26, Alok Sharma, offered a review of the state of the negotiations in the last 24 hours.

Discussions on the global goal of adaptation had concluded, he said, and he hoped that a document on the matter would be approved soon.

Sharma also acknowledged that while there is progress and a spirit of cooperation and civility, the most critical and decisive issues have not yet been reached in the discussions.

There is still a lot of work to be done and COP26 will close tomorrow at the end of the day, time is running out, he told reporters meeting in Glasgow and called for speeding up the negotiations. (PL)