US academics show interest in collaborating with Cuba 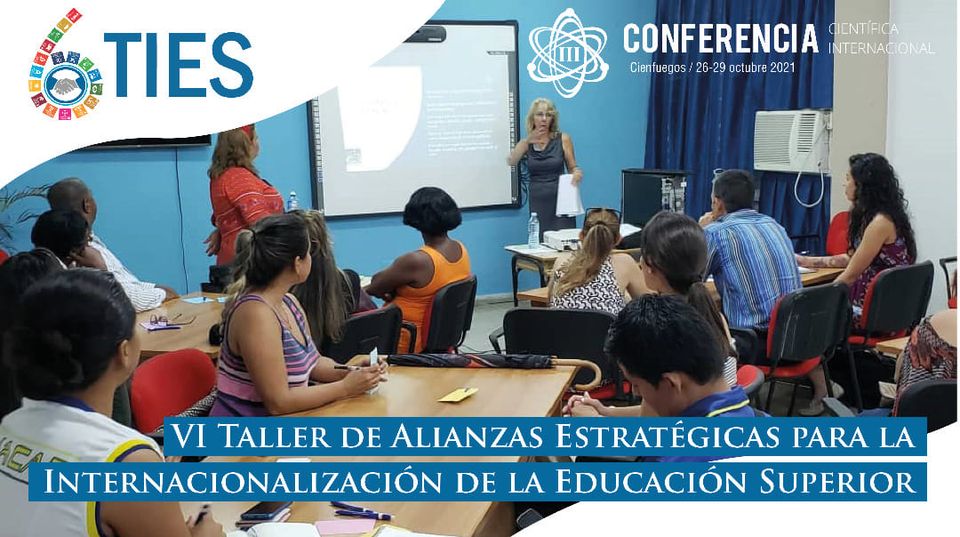 Washington, Nov. 15 - Academics from several universities in the United States are focusing today on the opportunities that collaboration with Cuba would open in areas of higher education, after recently holding a virtual meeting on the subject.

A dozen centers of North American studies participated in the Workshop on Strategic Alliances for the Internationalization of Higher Education (Cuba TIES VI), held at the end of last October virtually.

Civitas Global Educational Services and the University of Cienfuegos "Carlos Rafael Rodríguez", from Cuba, were the organizers of the event, which this year reached its sixth edition.

For the president of Civitas, Dairo Enrique Moreno, the meeting was a great opportunity to share experiences of good practices and learn more about higher education in the Cuban context.

As he said in a video message, dozens of universities in the United States participated in Cuba TIES VI, shared their visions and also learned from Cuban colleagues.

The results were fantastic, initiatives were signed and there are projects of various international collaboration programs with the University of Cienfuegos and others in the United States, he said.

But most importantly, he added, we managed to have a profound impact on American students and professors who committed to working side-by-side with their Cuban colleagues.

Although this edition of Cuba TIES was different, it created an opportunity to see how we can extend these collaborations and projects in virtual contexts, Moreno stressed.

We now look forward to the reopening of Cuba as academics from many universities in the United States want to return to the island and reconnect with their colleagues, he said.

Dr. Gabrielle Malfatti, director of Global Engagement and a professor in the College of Education and Human Development at the University of Missouri-Columbia, also shares that aspiration.

In this regard, he pointed out that participating in a virtual way in Cuba TIES VI this year gave again “the hope that soon we will meet again with the colleagues with whom we have started projects and we have begun to dream of ways to collaborate, to connect our students. and teachers”.

Malfatti, who has been present in several editions of the meeting, expressed that they are waiting for the moment when they can be face to face, sharing new ideas, and also described the opening of these portals in virtual form as very positive, which allows expand the links.

Likewise, he expressed his desire to have his Cuban companions visit the United States to continue strengthening ties that were already forged and building those bridges that we know should be built.

The CubaTIES VI workshop was held virtually from October 26 to 29, with the participation of representatives from various US and Cuban institutions.

Precisely, Civitas Global Educational Services is dedicated to building collaborations between universities in the United States and Cuba, based on mutual respect and friendship. (PL)